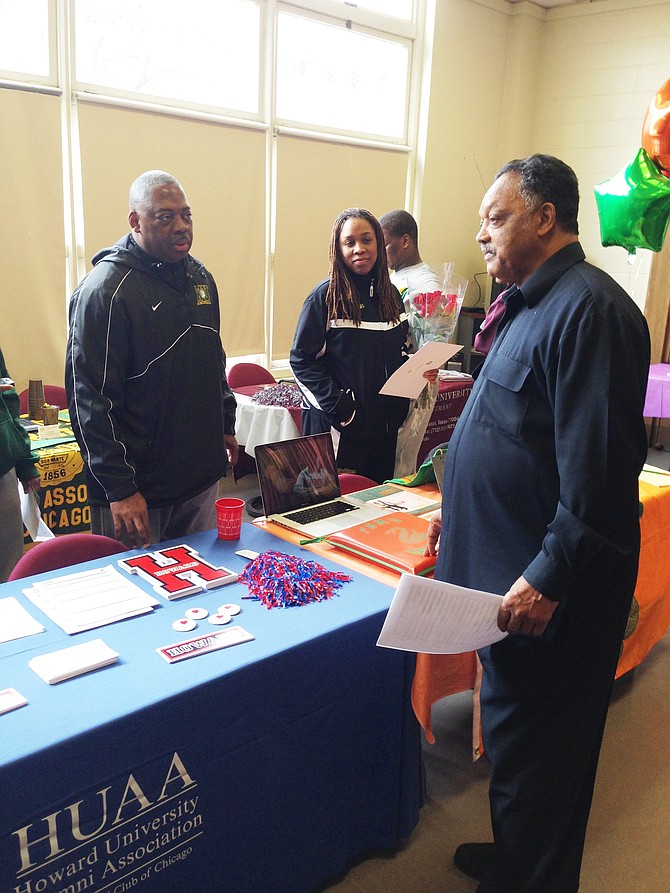 Administrators, representative, personnel, and alumni traveled Chicago to take part in the summit to display their support on key issues, voice their grievances, provide helpful course of action, etc.

“This isn’t a one round, one lick fight,” said Rev. Jesse Jackson, Jr., founder of Rainbow PUSH Coalition. “We’re going to have to meet every week for a long time. You must make gathering a habit and an attitude. We ended legal apartheid not because of Harvard [University] but because of Howard [University]. Let’s keep HBCUs alive.”

Panel discussions dealt with how changes in federal college loan credit policies have adversely, affected African American students seeking financial aid to attend universities and colleges. In particular, each panel spoke about the changes that took place with Parent PLUS Loans (PPL).

In 2011, the Department of Education changed several elements of the PPL credit criteria. Parent PLUS Loans are non-need based loans parents can obtain to pay for their children to attend college.

The changed provisions according to Parent PLUS Loan’s official website are:

• Foreclosure Applicant must not have started the foreclosure process, have a deed in lieu of foreclosure, or finalized a foreclosure within the past five years.

• Write-off (Charge-off) Applicant must not have any accounts listed as a unpaid write-offs.

Each panelist was in agreement that the changes in the loan criteria were unfair to all Americans in light of the Great Recession but in particular to African Americans because they’re the largest group impacted by unemployment.

According to the United States Department of Labor’s Bureau of Labor Statistics, recorded for January 2014, African American unemployment rate was at 12.1% while Caucasian unemployment was only at 5.1%.

Although all families from all demographics use PPLs, African American students attending HBCUs and PBIs were dramatically affected. According to a National Association For Equal Opportunity in Higher Education (NAFEO) study, 14,616 HBCU students lost their Parent PLUS Loan which resulted in them being forced to leave school. HBCU associations conducted surveys that estimate the total student loss at 24,000.

The study goes on to add that to offset the students’ loss of their PPLs, Secretary of the Department of Education, Arne Duncan, allowed those students who were enrolled at the time of the change to be allowed to reclaim their loans in order to complete their education. Unfortunately, the majority of HBCU students affected did not return to college.

The loss of student-attendance revenue, affected the HBCUs and PBI school. A poll taken by numerous HBCUs which indicated each institution lost five million dollars on average and collective 200 million dollars in student produced revenue.

Chicago State University, President Dr. Wayne Watson who served as a panelist, offered this evaluation of what is currently happening at HBCUs and PBIs and his recommendation on a course of action.

“The primary concern for HBCUs and PBIs is one of dollars for our students,” said Watson. “Our students do not have the dollars to go to college. We need to contact our state legislators, our federal legislators and get them focused in a laser way on these policies that are being put in place that are changing Pell Grant and our state funding.”

Representatives from HBCUs and PBIs listed below were in attendance included :