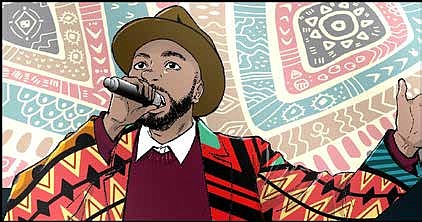 An illustration of Blitz Bazawule from the manga by Hiroki Otsuka. Image courtesy of the Vilcek Foundation