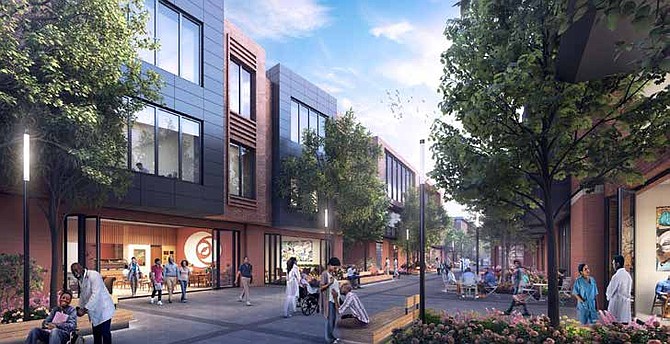 A rendering of the Roseland Medical District, which is set to revitalize and provide much needed healthcare access to the residents in the community. Rendering provided by Far South Community Development Corporation.