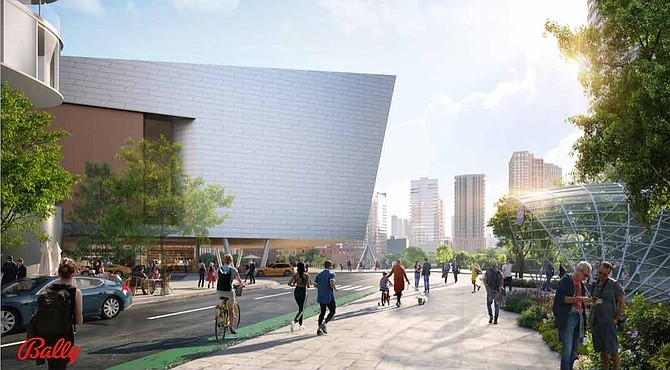 Bally’s Corporation will receive the sole Chicago Casino License. Bally’s Chicago, which will be located at the former site of the Chicago Tribune will include a casino, entertainment venue, restaurants and a hotel. Bally’s/ SBC.