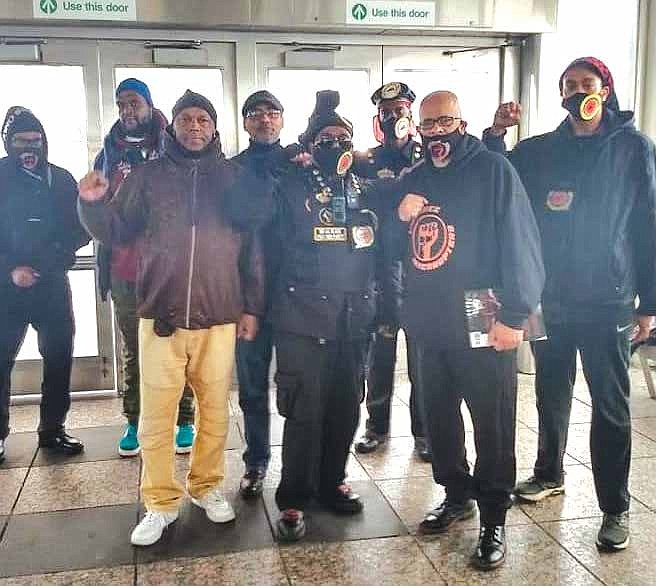 Tio Hardiman, executive director of Violence Interrupters, Inc., along with other concerned citizens gathered on the CTA’s Red Line in hopes to deter crime that has been taking place on the transit system. PHOTOS PROVIDED BY TIO HARDIMAN