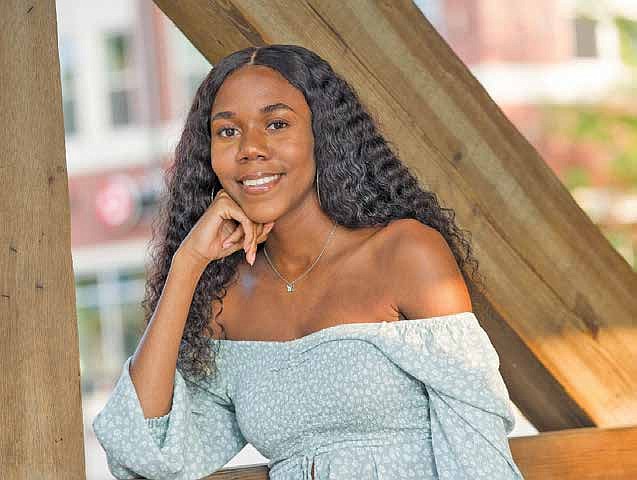 Kayla Austin, a sophomore at Howard University, created My Gun’s Been Moved. The technology lets a gun owner know when someone else has used their gun. PHOTO PROVIDED BY FELICIA APPREY.