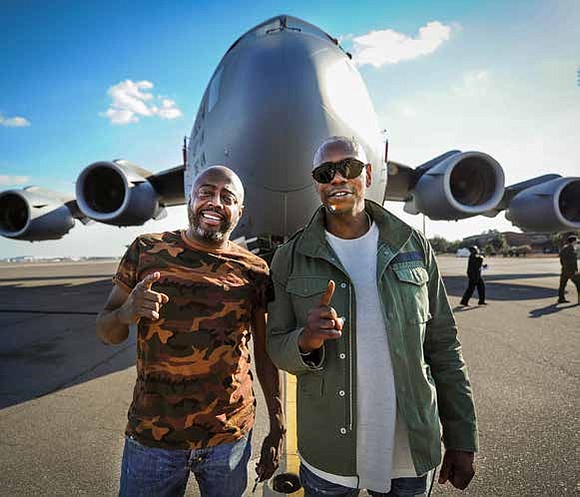 Dave Chappelle (right) and Donnell Rawlings, actors and comedians, stand in front of a C-17 Globemaster III Feb. 2, 2017, at Joint Base Charleston, S.C. Chappelle was in town for his stand-up comedy show when he made the visit to see service members and federal civilians at the base. U.S. Air Force photo/Senior Airman Tom Brading