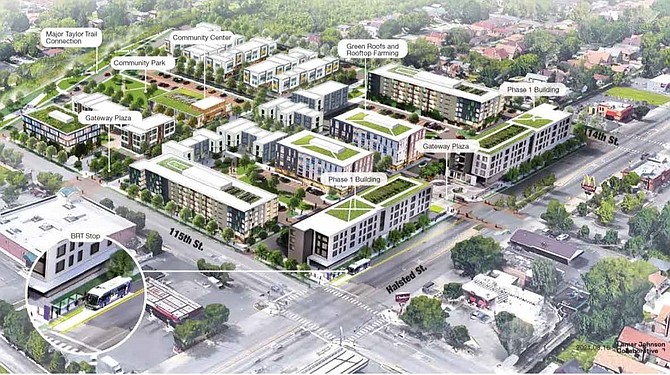 A rendering of Morgan Park Commons, which is one of 24 development that will receive part of the City of Chicago’s $1 billion affordable housing investment. Image provided by Brian Berg