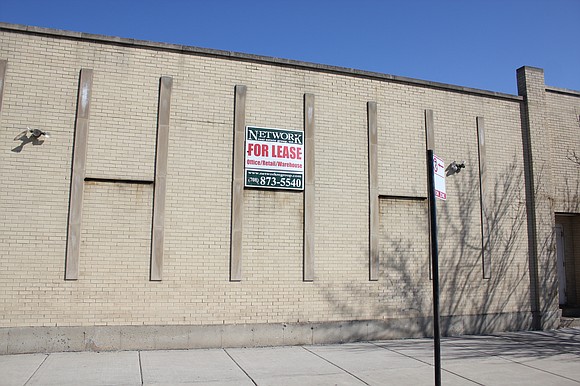 A proposal to redevelop a vacant building at 7401 S. State St. in Park Manor has residents at odds with the local alderman who supports the project even though an elementary school is located nearby. Photo credit: Wendell Hutson

A proposed marijuana facility in Park Manor, which would be located near an elementary school, has residents at odds with the alderman who said he supports the development.

Guaranteed Investments is proposing to redevelop a vacant, 11,700 square-foot building at 7401 S. State St., a marijuana production facility that would grow marijuana, but would not sell it to the public like a dispensary.

But because the building is all brick and has no windows for the public to look inside, Ald. Roderick Sawyer (6th), whose ward includes the building, said he supports the proposal.

“Theoretically, it’s a perfect building for something like this and I know the owners have had problems leasing that building,” he said. He went on to say that the use of the building as proposed would be “ideal.”

Discount grocery store chain Aldi is located next to the vacant building and next door to Aldi is Deneen Elementary School, 7257 S. State St., which some residents said make the location anything but ideal.

“State law says a weed facility has to be more than 500 feet away from schools and parks and this site does meet that threshold, but it’s still a bad spot because kids have to walk pass the building every day,” said Gabrielle Lopez, 46, a Park Manor resident whose 10-year-old grandson attends Deneen. “I sometimes take my grandson to school and when I do, I drive down State Street and right past the building.”

Two community meetings have already taken place where residents had an opportunity to question owners from Guaranteed Investments about their plans to operate in Park Manor. Sawyer attended both meetings and said the first meeting went over very well, but the second meeting, which took place on Feb. 27, had a lot of misinformation floating around.

He said the residents were talking about traffic and the smell of marijuana, but those, “are things that wouldn’t be relevant in a craft growth facility,” added Sawyer. “We’ll probably have more community meetings, but they [Guaranteed Investments] have a zoning meeting coming up, I think its March 16. It’s [currently] zoned as a M1 and it needs to be upgraded one-level to M2.”

Since the two community meetings, Richard Wooten, president of the nonprofit Greater Chatham Alliance, said he has heard from Park Manor and Chatham residents and for the most part, they do not support the development.

“What I am hearing is that the community does not want this business in their neighborhood, especially since it is so close to a school,” contends Wooten. “I understand the alderman’s position about utilizing a vacant building, but I feel we could do better when it comes to attracting other businesses to our community.”