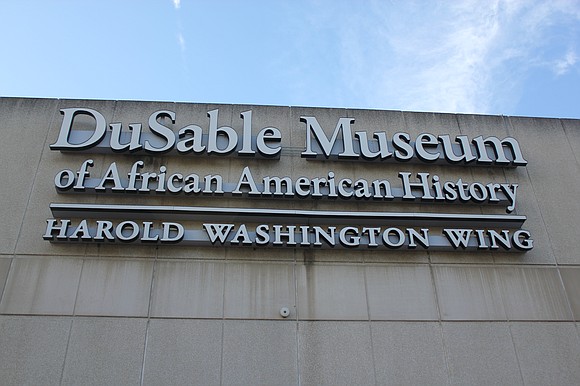 An upcoming exhibit at the DuSable Museum of African American History will offer a virtual reality experience with Dr. Martin L. King Jr. and highlight his fight for equality. Photo credit: By Wendell Hutson

An upcoming exhibit at the DuSable Museum of African American History, whose executive producer is Academy Award actress Viola Davis, will offer a virtual reality experience with Dr. Martin L. King Jr. and highlight his fight for equality.

The new exhibit, “The March,” will run from Feb. 28 to Nov. 30 and Perri Irmer, president and CEO of the DuSable Museum, 740 E. 56th Pl., said the exhibit would bring the 1963 March on Washington for Jobs and Freedom and King’s famous “I Have a Dream” speech to life.

“The exhibit will introduce new generations to the civil rights movement,” explained Irmer. “This is extremely important today because as we witness and experience an uprise in white supremacy, hatred, racism, and violence, it’s critical that our youth understand the battles that were fought for equality and civil rights.”

While inside the exhibit, visitors will be able to wear wireless, virtual reality goggles to walk side by side with Dr. King and have a front row seat to his 1963 ‘I Have a Dream’ speech, according to Irmer. The designer for the new exhibit is AV Concepts, who also designed a hologram of the late rapper Tupac Shakur that performed onstage at the 2012 Coachella Valley Music & Arts Festival in Indio, California. Sponsors for the exhibit include American Family Insurance.

The free exhibit will run about 14 minutes but will be timed, “so we encourage people to get their tickets in advance online to guarantee admittance,” added Irmer.

Historian Timuel Black said the DuSable Museum was founded in 1961 as a way to celebrate black culture because during the 1960s black history was often overlooked by most museums.

The 100-year-old Washington Park resident organized protest marches for King during the 1960s when he visited Chicago.

“I for one plan to attend this exhibit. It sounds like a winner and a history lesson black folks need to learn,” said Black. “Maybe if black folks knew what Dr. King had endured to achieve equality for all, they would have a better appreciation for his work today and not shoot and kill each other.”

He said during his generation, black kids lived at home with both parents.

“There were mostly two-parent households back then but today that is less than 35 percent,” contends Black. “The community has disconnected itself from helping families and now we have a bunch of single mothers raising children with no help from the community.”

One thing Black said that bothers him is to see so many young people not planning for the future.

“The reason you see so many young people shooting each other is because they do not believe there is a future for them and they just don’t care about their actions,” he added.