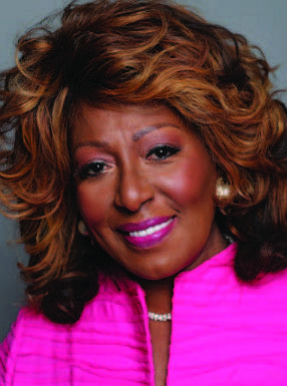 The home mortgage industry across the U. S., now on “sound footing” since the crisis of 2007, is still leaving prospective homeowners behind, according to a recent Harvard University study.

port 30 years ago persist today, and in many respects the situation has worsened for both the lowest-income Americans and those higher up the income ladder.”

cans - is the reason that an upcoming annual conference is crucial says Marcia Griffin, founder and president of HomeFree-USA a leader in home mortgage counseling. The 14th Annual Home-

“This conference is a very important gathering of leaders - nonprofit, faith-based, government, mortgage and banking leaders,” says Griffin. “It’s crucial in order to elevate the issue of homeownership in general but also the financial stature of people of color specifically. This conference delivers new ideas to capture the millions of potential homebuyers who want to buy but need guidance and encouragement. The unique aspect of the conference will be a mixture of education and inspiration with a goal of establishing a synergy for partnerships,” Griffin says.

“We will all come together to learn from each other, and gain ideas to increase mortgage approvals and reduce denials among people of color,” Griffin continues. “It is going to take partners working together to give homebuyers the kind of guidance they need to sus-

tain homeownership and weather the financial challenges that arise in life.”

The conference is designed to:

• Elevate the stature and increase the impact of government, non-

Reaching Millions is for profes-

sionals and leaders whose focus is on:

However, a closer look at the Census Bureau breakdown of the homeownership rate by race shows communities of color still lagging far behind White homeowners, despite historic efforts to close the gap, including the Fair Housing Act of 1968. According to the Census Bureau, the following are the current stats broken down by race:

holders was highest at 72.9 percent.

• Black householders was lowest at 41.6 percent.

“Although the changes in homeownership by race and ethnicity were seen as mostly positive, Black households are the one group that has made no appreciable progress,” says the Harvard Joint Center study.

This conference contributes to the efforts to turn these deplorable statistics around. Conference attendees will leave with a roadmap, partnerships and resources to capture the homebuyers that we are leaving behind. Working together the mortgage industry, nonprofits and government leaders will be able to deliver the tools families need to become successful homeowners. More information about the conference can be found at www. HomeFreeUSA.org/rm2018. Contact MilanG@homefreeusa.org for information on a limited number of discounted registrations.