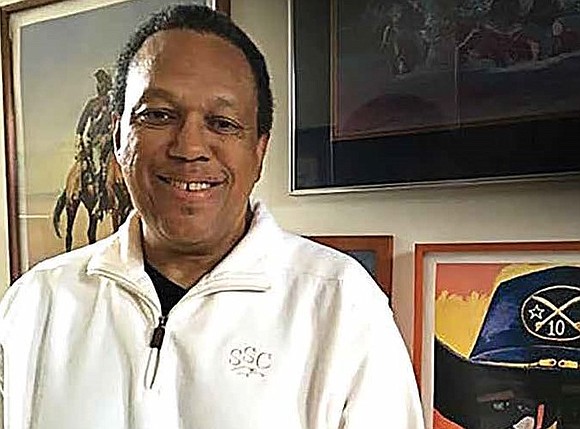 College is hosting a series of events which included a discussion about “African American History 101,” by Award-

Burton taught ethnic and cultural studies at Governors State University, Prairie State College and African American History at South Suburban College. He served as the Assistant Dean of Students and Director of African American Student Affairs for 10 years at Loyola University and was Columbia College’s Director of Student Development/Minority Affairs for seven years. He currently has released three award winning

Legend of Frontier Marshal Bass Reeves,” “Black, Buckskin, and Blue: African American Scouts and Soldiers on the Western Frontier” and “Black, Red, and Deadly: Black and Indian Gunfighters of the Indian Territories, 1870-1907,”

During his lecture, Burton

History that he feels is very important for all people to know.

“I want to bring this unknown [African American History] and

information to my peers to help empower their [minds] so they can use this [new knowledge] as they go forward in their lives,” Burton said.

including the history of Jim Beckwourth, who was a famous African American mountain man.

and even from southern Canada to northern Mexico.’ Although Harper and Brothers published his popular life story book entitled “The Life and Adventures of James P. Beckwourth, Mountaineer, Scout, and Pioneer, and Chief of the Crow Nation of Indians in 1856, Beckwourth’s role was often dismissed in American history by 19th and early 20th century historians, according to beckwourth.org.

Burton said this is the type of African American history

and facts that more black people should be aware of. “There is a lot of history out in the [world] for all people to know about on African Americans in the United States,” he said. “There

is more information out there to be found, researched and

and accomplishments in the development of the United States.”

When asked whether or not, Black History Month should

be celebrated only during the month of February, Burton

made an insightful point on the controversial matter.

“I think it should be celebrated all year around,” he said. “It’s okay to have a focus in February, but I always look

at it like this: [for] 365 days a year there is always something