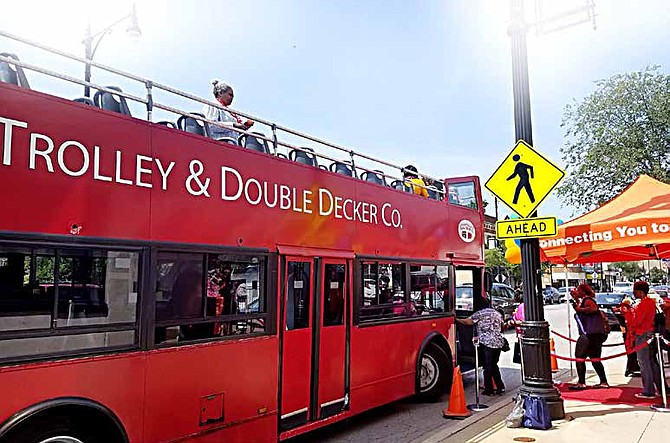 Carlos Nelson, who is the executive director for Greater Auburn- Gresham Development Corporation, explained that most of the available historic houses are “exquisite” vacant houses designated in the 21st Ward, which is the 8th median income in Chicago.

Nelson said he understands the houses are vacant, but says they only need love along with some needed repairs.

Alderman Howard Brookins Jr., of the 21st Ward, said the historic houses’ asking prices start at $50,000 and are able to be purchased with small loans.

Brookins Jr., added “If you picked these houses up and moved them North then you couldn’t aord them.”

He urged residents to inform their family members and friends to support city housing because a neighborhood is only as strong as it’s residents.

“We have home owners who are police ocers, fighter fighters and teachers that got their start in the 21st ward and remained here,” said Brookins Jr.

He explained that 1.5 million African Americans lived in the city during Harold Washington’s mayoral term. But Brookins Jr., said recent projections show only 500,000 individuals may be city residents by 2030.

“I have family who moved to Richton Park and Matteson,” he said. “As a lawyer, my contemporaries also live in Olympia Fields, Illinois. But you should asks them how much their tax bill is? The tax

bill is as high as their mortgage.”

Brookins Jr., said the reason taxes are low in the city of Chicago is because downtown buildings pick up the heavy burdens of the city’s taxes.

He highlighted that the available houses are near public and metra transportation, allowing easy access to downtown and the South Suburbs as well.

Brookins Jr., said although some neighborhoods may include crime-related activity, it is time for residents to take a stand for change.

“We can make this city and our community great,” he said. “But we have to be the ones to plant our flag and say enough is enough.”