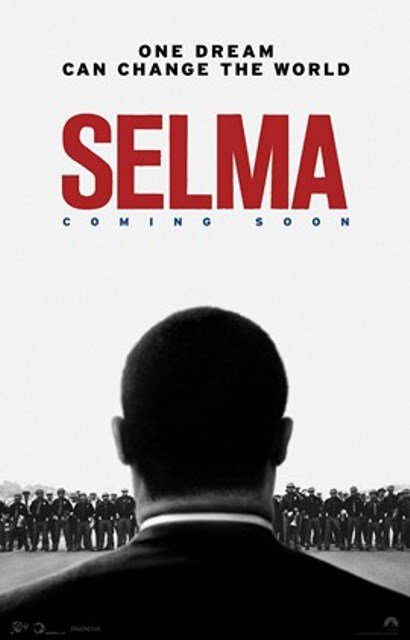 Directed by Ava DuVernay, Selma depicts the suffrage movement led by Rev. Dr. Martin Luther King, Jr., the Southern Christian Leadership Conference (SCLC), and the Student Non-Violent Coordinating Committee (SNCC) in 1965 that led to the signing of the Voting Rights Act of 1965.

The Jackson Action Coalition (JAC) in collaboration with other community organizations recently held a private screening of the major motion picture “Selma”, at the ShowPlace ICON movie theater, 1011 South Delano Ct., in Chicago.

The march created national awareness about the disenfranchisement of African Americans. The march culminated in a nationally televised attack of peaceful marchers by Alabama state troopers on March 7, 1965 which has come to be known as “Bloody Sunday”. After Bloody Sunday, then U.S. president Lyndon Johnson supported and signed the Voting Rights Act of 1965 into law on Aug. 6. The Voting Rights Act of 1965 protects the right to vote for of all Americans regardless of race, sex, creed or color. 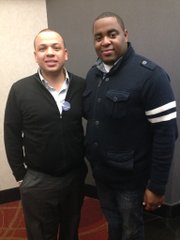 L-R City of Chicago Treasurer & Marseil Jackosn, CEO & Founder of the Jackson Action Coalition, pose for a picture following the screening of "Selma" on Jan. 10 at the ShowPlace ICON movie theater, 1011 South Delano Ct. in Chicago.

“When I saw the preview for the movie 'Selma' I knew it was a must see for all generations especially the younger generation who are not actively involved in the political process in their community,” said Marseil Jackson, founder and CEO of JAC. “This movie must be seen and we must present it to the community. We must wake the conscious mind of a people who are sleep and don’t understand why we need to vote. This movie has come out at the right time, this is the perfect time, this is right before the next Chicago municipal election where we need everyone to get out and vote.”

Wendell Mosby, Chair of Chicago's Young & Powerful, one of the coordinators of the screening, told the Chicago Citizen Newspaper that “we sold out 280 seats in six days” and 150 youth individuals were able to attend.

“The film was great, definitely going to see it again. If it wasn’t a call to action I don’t know what would be a call to action,” said Mosby. “We still have a lot of work to do and I’m looking forward to help continue the fight voting rights, equity pay, equalized education funding.”

The demographic that Jackson was primarily targeting for the audience at the screening was African American youth.

The Chicago West Side NAACP Youth Council brought 40 youngsters to the screening.

“We know that the leader may not look like [Dr.] Martin Luther King, Jr. but the leader is coming from these millennials,” said Daphne Lecesne, chairperson, , Youth & College Division. “It’s somebody here so it’s very, very important to us to grow them up to their destiny.”

Following the screening of Selma, a panel discussion was held. Kurt Summers, 35, City of Chicago Treasurer, addressed the audience about the importance of films like Selma and how he will work to positively impact Chicago’s African American community before the panel began.

“I sincerely hope and literally pray that [“Selma”] reaches young people,” said Summers. “As I sat in there and watched the movie, I was reminded of how much work there still is to do. I hope that when people see this movie they have that same reminder and they’re inspired by where we can go and what we can do.”

The Jackson Action Coalition strives to bridge the gap and bring generations together by empowering our community, youth and seniors through outreach services and events.

For more information about the Jackson Action Coalition email whoisjac@yahoo.com