Surgeon Who Once Saved MLK’s Life, Dies in NY at 95 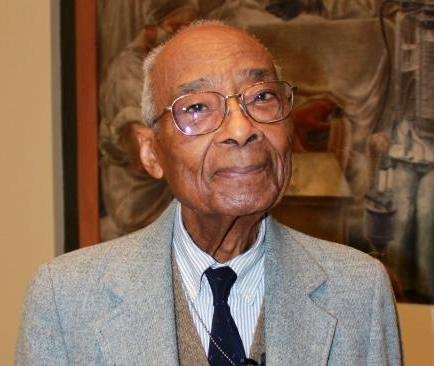 This Sept. 28, 2012 photo provided by NYC Health and Hospitals Corp. shows John W.V. Cordice at the Harlem Hospital Center in New York, where he had been an attending surgeon and chief of thoracic surgery. Cordice, the surgeon who was part of the medical team that saved Martin Luther King Jr. from a nearly fatal stab wound in 1958 has died at the age of 95. Cordice, a native of Durham, North Carolina, and another surgeon removed the blade which was still stuck in the civil rights leader's chest, millimeters from his aorta, when he arrived at the hospital after being stabbed by a mentally disturbed woman as King signed books in Harlem. AP Photo/NYC Health and Hospitals Corp.

Dr. John W.V. Cordice, a surgeon who was part of the medical team that saved Martin Luther King Jr. from a nearly fatal stab wound in 1958, has died at age 95.

His death was announced last Sunday by the city agency that oversees Harlem Hospital Center, where Cordice was formerly an attending surgeon and chief of thoracic surgery.

“He was a brilliant clinical practitioner, a wise and thoughtful teacher, and a man of deep and abiding kindness and quiet modesty,” city Health and Hospitals Corp. President Alan D. Aviles said Tuesday. “It is entirely consistent with his character that many who knew him may well not have known that he was also a part of history.”

Cordice was off duty when King was taken to the hospital after a mentally disturbed woman stabbed him with a letter-opener as he signed books in Harlem. The 7-inch steel blade was still stuck in the civil rights leader’s chest, millimeters from his aorta, when Cordice arrived from Brooklyn.

The operation was overseen by Dr. Aubre Maynard, the hospital’s chief surgeon, and performed by Cordice and Dr. Emil Naclerio.

King, then 29 and already a name in national politics, was discharged 14 days later. He was assassinated in 1968.

“I think if we had lost King that day, the whole civil rights era would have been different,” Cordice said in a Harlem Hospital promotional video in 2012.

King, in his final public speech, talked about that close brush with mortality, noting that the blade had been so close to his vital organs that if he had sneezed before surgeons had a chance to remove it, he would have died.

Cordice, a native of Durham, N.C., earned his medical degree at New York University in 1942. He practiced medicine in the city for 40 years. He lived in Harlem and then Queens, where he was also a surgical chief at the Queens Hospital Center.