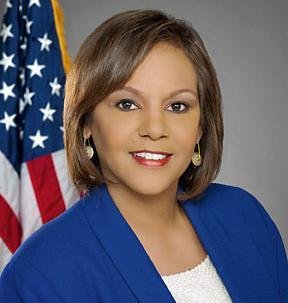 The end result is that Kelly will face off in the April 9 general election with either Republican candidate Paul McKinley or Eric Wallace who were in a dead heat at press time.

Though a low turnout was expected, 2nd Congressional District residents cast their "voice" in the headline-capturing race.

From the start details surrounding the race captured news headlines beginning with former congressman Jesse Jackson Jr.'s reported health issues and the federal probe that resulted in Jackson Jr. giving up the seat in Nov., and ending with wife Sandi Jackson's resignation as 7th Ward Alderman along and the pair's guilty pleas.

The crowded field of candidates also brought attention to the race with, mostly Democratic candidates wanting to take over the vacated congressional seat.

Early on, Democratic candidate Halvorson pulled away from the pack as a clear front-runner. But things suddenly changed when Kelly began securing major endorsements from political heavyweights like New York Mayor Michael Bloomberg, Congressmen Bobby Rush and Danny Davis. She also landed a key endorsement from the Chicago Tribune newspaper.

With the long list of candidates jostling for position, the issue of guns crept into the race with Illinois Sen. Donne Trotter being charged with a Class 4 Felony after he attempted to board an airplane Dec. 5 at Chicago's O'Hare International Airport. Considered the early front-runner in the race, Trotter dropped out saying he did not want to be a distraction.

Kelly who spoke out against gun violence and in favor of gun control, captured the attention of Bloomberg who latched on to her candidacy with financial backing causing Halvorson who lost to Jackson Jr. in the Democratic primary election in March, 2010 and Beale, to speak out against Bloomberg's $2.2 million 'Super' PAC (Political Action Committee), backing of Kelly.

Eric Wallace of Flossmoor came through as the Republican front runner following a recent debate in Peotone. Wallace, according to The Daily Journal, won the straw poll and a boost in his effort to replace Jackson.

Eric Wallace of Flossmoor came through as the Republican front runner following a recent debate in Peotone. Wallace, according to The Daily Journal, won the straw poll and a boost in his effort to replace Jackson.

Paul McKinley, of Chicago, was second in the poll of an estimated 150 district residents who attended the 90-minute session.

As of today's election 21 candidates held on to finish the race.

Information from the Associated Press contributed to this news story.