Alcohol-Related Motor Vehicle Fatalities On The Decline In Illinois 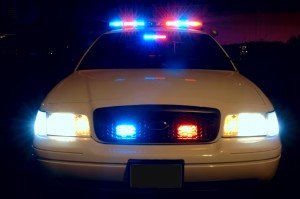 SPRINGFIELD The Illinois Department of Transportation (IDOT) released crash data showing a continual reduction in the number of alcohol-impaired motor vehicle fatalities in Illinois from 2006 through 2010. The measure of alcohol impairment involves at least one driver with a blood-alcohol concentration of 0.08 or higher, or beyond the legal blood-alcohol limit in Illinois. IDOT and law enforcement agencies statewide are partnering this holiday season to boost safety and continue the fight against impaired driving.

The reduction in impaired driving fatalities is due in large part to the team cooperation and dedication of IDOT, the Illinois State Police, and local law enforcement officers along with motorists who consistently comply with Illinois traffic safety laws, said Illinois Transportation Secretary Ann Schneider. Even with these improvements, impaired drivers continue to wreak havoc and cause serious crashes and injuries on our roadways. This holiday season, the enforcement mobilization will continue to crack down on law violators and boost safety across the state.

The Illinois State Police joins local law enforcement agencies throughout the state for the Drive Sober or Get Pulled Over/Click It or Ticket holiday campaign. Through New Years weekend, more than 200 local police and sheriff departments will partner with the Illinois State Police in conducting nearly 100 roadside safety checks, 400 safety belt enforcement zones (at least half of those during late-night hours) and hundreds of additional impaired driving and nighttime safety belt patrols. Motorists are advised that impaired driving or failure to buckle up will get them arrested or ticketed.