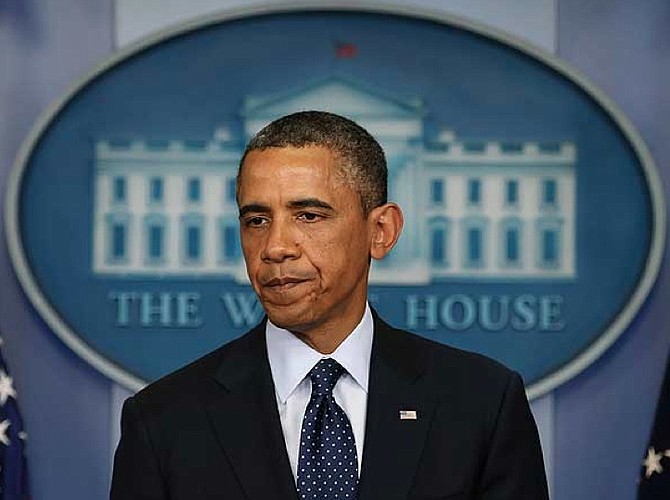 President Barack Obama may not have struck gold with the International Olympics Committee in Copenhagen to help Chicago bid for the 2016 Summer Olympics, but he struck gold when the Norwegian Nobel Committee awarded him this years Nobel Peace Prize.

After nine months into his first term, Obama received the honor from the Nobel Committee for his extraordinary efforts to strengthen international diplomacy and cooperation between peoples.

Moreover, the Committee cited Obamas efforts to create a new climate in international politics, and attached special importance to the Presidents vision and his work for a world without nuclear weapons.

Obama is the first Black president to win the honor. He also joins the ranks of President Theodore Roosevelt who won the Prize in 1906 and President Woodrow Wilson, who won in 1919. The President also joins a long list of Black Nobel Peace Prize winners who include: former United Nations mediator Ralph Bunche who won in 1950, African National Congress president Albert John Lutuli who won in 1960; Rev. Dr. Martin Luther King Jr. in 1964, South African Archbishop Desmond Tutu who won the prize in 198; South African leader Nelson

Mandela who won in 1993; Kofi Annan, former UN Secretary-General won in 2001, and Kenyan environmentalist and political activist Wangari Maathai in 2004.

News of winning the Nobel Peace Prize surprised Obama, who said he was to join the ranks of past recipients, but also used the opportunity to call for action towards improving world peace.

This award must be shared with everyone who strives for justice and dignity - for the young woman who marches silently in the streets on behalf of her right to be heard even in the face of beatings and bullets; for the leader imprisoned in her own home because she refuses to abandon her commitment to democracy; for the soldier who sacrificed through tour after tour of duty on behalf of someone half a world away; and for all those men and women across the world who sacrifice their safety and their freedom and sometimes their lives for the cause of peace.

Archbishop Tutu described Obamas honor in an AP report as, an award that speaks to the promise of President Obamas message of hope, while U.S. Senator Roland Burris said in a written statement that, Throughout the course of his presidency, President Obama has struck a new tone of cooperation with the international community and has improved