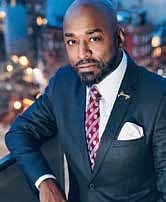 Hip Hop was born nearly 50 years ago in the Bronx, NY by DJ Kool Herc. Since then, Hip Hop culture has transcended music, fashion, art, and dance. Hip Hop culture has reshaped and influenced American culture for decades to now become the highest grossing music genre to date. Although Hip Hop has always been political, it is now making even greater strides in politics with the election of Dupré “Doitall” Kelly from the platinum selling Hip Hop group Lords of the Underground.