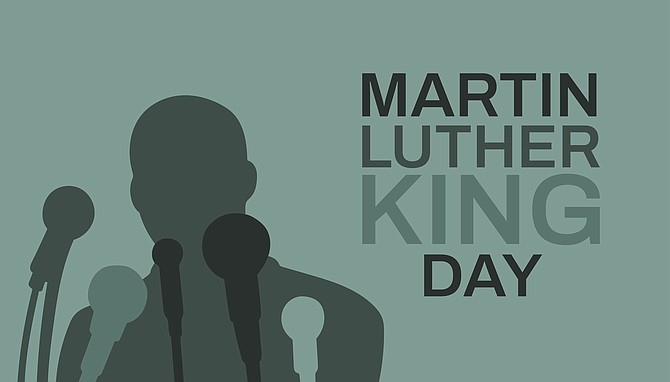 Ifill will share brief remarks about her decades-long legal fight for racial justice as a lawyer and president of the NAACP Legal Defense Fund (LDF) that has tackled issues ranging from voter suppression to racial discrimination in the criminal justice system.

Following her remarks, Ifill will participate in a moderated discussion with Sheila Bedi, clinical professor of law and director of the Community Justice and Civil Rights Clinic at Northwestern Pritzker School of Law.

“We are tremendously honored and excited to have Sherrilyn Ifill, one of this nation’s greatest legal minds and civil and human rights change-agents, join us as this year’s Dr. Martin Luther King, Jr. Dream Week keynote speaker,” said Robin R. Means Coleman, vice president and associate provost for diversity and inclusion. “Professor Ifill is a prolific scholar, impactful educator and a relentless advocate for racial justice. She is one of our country’s most influential leaders regarding national civil rights and equality.”

Dream Week is a cross-collaboration with Northwestern’s Office of Institutional Diversity and Inclusion. Additional Dream Week events open to the public include the candlelight vigil at 3 p.m., Jan. 16 at Alice Millar Chapel.

A familiar presence in the media, Sherrilyn Ifill has been interviewed on topics of voting rights, civil rights and democracy. She was named one of TIME Magazine’s Women of the Year in 2022 and TIME Magazine’s 100 Most Influential People of 2021.

Ifill began her legal career in 1988 as an assistant counsel with the NAACP Legal Defense Fund (LDF), where she litigated and won Houston Lawyer’s Association v. Attorney General of Texas, a pivotal case, upheld by the Supreme Court, that ensured Black and Latino Texans were protected against discriminatory voting practices across all elections.

After 20 years teaching law at University of Maryland School of Law in Baltimore, she returned to the LDF as president and director-counsel in 2013, a tumultuous period in civil rights that was marked by a national uptick in legal efforts to suppress the vote, including the Supreme Court’s 2013 Shelby v. Holder decision.

Before stepping down from its leadership in spring of 2022, Ifill oversaw legal campaigns to protect voting rights, including a lawsuit against the United States Postal Service over planned mail shutdowns ahead of the 2020 election, and a lawsuit on behalf of peaceful protestors marching to the polls in Alamance County, North Carolina, as well as three lawsuits opposing voter suppression laws in Florida, Georgia and Texas.

A scholar and author, Ifill’s 2007 book “On the Courthouse Lawn: Confronting the Legacy of Lynching in the 21st Century,” is a guide for communities to confront the legacy of lynching through restorative justice and reparations that is widely credited with laying the foundation for contemporary discussion around lynching and reconciliation.

Ifill’s keynote conversation concludes a week of Dream Week programming on the Chicago and Evanston campuses. Many events are open to the public. For more information and reservation links, visit Northwestern’s MLK website.

Each year since 1987, Northwestern University has commemorated the life and legacy of Dr. Martin Luther King, Jr. with an expanded special commemoration including stage events, discussions, lectures and service projects to inspire reflection on Dr. King’s life and legacy.