CANDIACE IS BACK WITH DEEP SPACE DELUXE EDITION OUT NOW 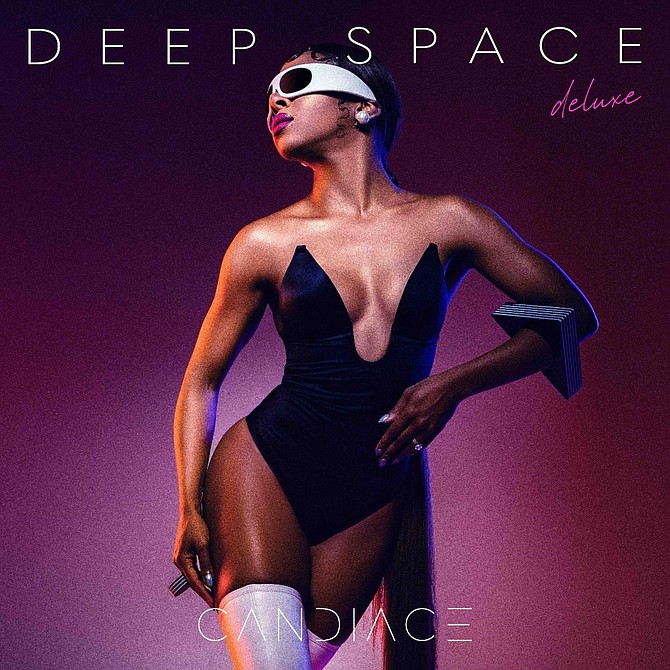 CANDIACE IS BACK WITH DEEP SPACE DELUXE EDITION OUT NOW

Right out of the gate, it incited critical applause and earned plugs from the likes of Bossip and That Grape Juice, who noted, The ‘Real Housewives of Potomac’ star has been making solid strides with tracks such as ‘Drive Back’ and its housing album ‘Deep Space.’ And the trajectory continues with her newest number.” Rated R&B raved, “The spicy track contains some of the bluntest lyrics and heartfelt vocals as Candiace lets a fragile lover know it’s all him and not her, putting a damper on their relationship.” BET highlighted, “she’s telling the insecure folks about themselves.” Meanwhile, the track continues to put up numbers.

Plus, Deep Space Deluxe Edition boasts a sequel to the knockout “Benefits,” namely “Benefits (Part II),” a live rendition of “Drive Back,” and the re-invigorated “Win 2.0.” Its unreleased new tracks span “INSECURE” as well as "Affirmations,” the seductive “Do It Again,” and the entrancing “Since Then.”

Check out the full tracklisting below.

Now, she welcomes listeners even deeper into her world.

On Sunday nights, CANDIACE enchants millions of viewers everywhere on BRAVO’s The Real Housewives of Potomac.

Earlier this year, CANDIACE concluded her highly successful debut run, DEEP SPACE TOUR: Live at City Winery. Playing to thousands of enthusiastic fans, she captivated audiences in four major cities. She canvased Philadelphia, Chicago, Atlanta, and Washington, D.C. She notably sold out both Atlanta and D.C. Among those fans, cast members from The Real Housewives of Atlanta and various “BRAVOLEBRITIES” attended the Atlanta gig to support her.

On the road, CANDIACE notably paid homage to R&B icon Toni Braxton with a showstopping cover of “He Wasn’t Man Enough” at each date. She also energized the proceedings with a series of highlights from her Deep Space Deluxe Edition.

2022 saw CANDIACE return for the 7th season of The Real Housewives of Potomac on Bravo. As always, she lit up the screen like only she could, stealing each and every scene with confidence and charisma. With a lot more heat from CANDIACE, this season brought the fireworks to a whole new level, with episodes airing on Bravo on Sunday at 8 pm EST.

The original Deep Space continues to put up numbers, reeling in streams in the millions. Beyond the traction on DSPs, she incited the applause of everyone from Anita Baker and Nicki Minaj, to Toni Braxton. Upon arrival, it landed as one of the Top 25 R&B Albums in the Country. Among many highlights, it boasted the fan favorite single “Win.” Beyond hundreds of thousands of streams, That Grape Juice hailed the single as an “empowering anthem, which aims to encourage and uplift.”

Hands In The Air