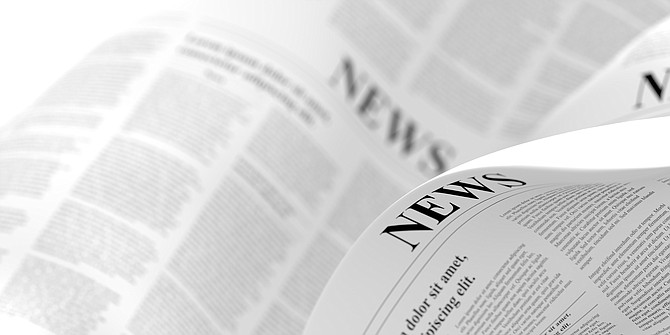 Over the last few years everyday people, along with the news media, have worn bare the phrase “voter apathy.” It has remained part of the English lexicon because it is a handy way to describe low voter turnout, as well as pundits being wrong with their predictions about certain races of candidates.

The phrase was fueled by the reality that we could look at the pathetically low voter participation in certain parts of the city.

Political forecasters offered a bevy of reasons for folks staying home; however, they repeatedly failed to bring up one we know is true. Let’s call it candidate apathy.

One need not be a political science graduate to understand the basic premise of the process, candidates promise a certain improvement, or introduction to a particular program to a community in exchange for their vote. It is a tit-for-tat as old as elections. We have been led to believe that voter apathy is at the root of our government problems; after all, the people we do vote for wind up in office running the government

The harsh reality is that candidate apathy is far worse than indifference by voters.

Far too many candidates, representing both sides of the aisle, refuse to give so many in our community anything other than short shrift. Oh sure, they all make their rounds to Black churches on Sundays leading up to the election. If you are Black, ask yourself how many other times do you see them hanging out in our parts of town.

Ask yourself that when there are at least 500,000 Black people on the South Side, why do candidates only go to two or three churches, and believe they are reaching those tens of thousands of voters. It has morphed into some kind of show, especially on the local level, with a candidate rushing from church to church on a Sunday.

The premise about reaching most voters at church is a myth. Even cursory research will tell you that there are far more folks at home at 11 a.m. Sundays than are in church.

How often do we see candidates for public office at a local school council meeting, or a high school basketball game?

One of the most egregious facts is they spend tens of thousands of dollars on television commercials that put people to sleep, but they refuse to infuse significant dollars in the Black media outlets. The advertising buys they place with us can only be described as pathetic. In most instances those ads are crafted by no one who is rooted in or deeply familiar with our community.

We have credibility with our readers because we know how to speak to them. Too many times when state candidates or those running for Congress do advertise with us, they are using the same wording that they would for an ad running in Kenilworth.

We don’t bend over backward, like one daily newspaper, to focus on crime and the negative aspects of our community. We also have a loyal readership. To date, no one has ever explained to me why white media outlets should have campaign ads, and Black outlets shouldn’t. If that isn’t the case, the folks running for office sure make it seem that way.

It is not unusual for our audience to reach out to us seeking our opinions on particular candidates and incumbents. When the candidates, as well as incumbents, refuse to meet with our editorial boards or participate in one-on-one interviews, it makes it tough to give an informed perspective.

Conversely, they have no problem having one of their minions call our respective outlets asking for an endorsement. It is the height of hypocrisy. You won’t give us your money by advertising but you want the credibility and cache that comes with our name via an endorsement. I don’t know how candidates and incumbents can be any more apathetic.