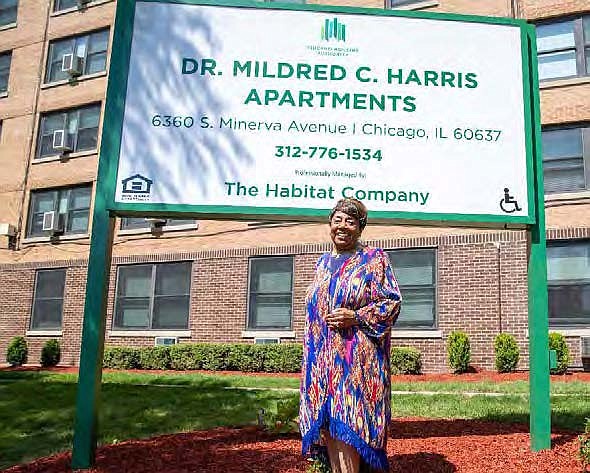 CHA Commissioner Dr. Mildred C. Harris stands in front of the new sign at the South Side Apartments named for her at a dedication ceremony Wednesday, June 29, 2022.