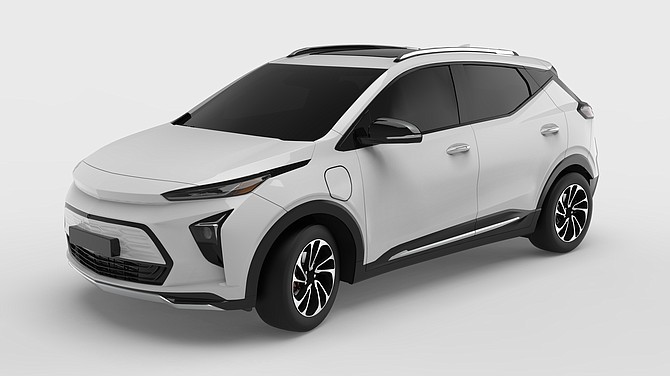 Who would have expected the movies to be right in predicting the future? We have drones delivering packages, trains that practically fly, and cars that can drive themselves. Electric vehicles are one of the technological advancements that were also predicted in fiction. However, the features these cars have are things not usually seen in films, television, or books.

Electric cars have always been viewed as luxury cars. The negative connotation behind luxury is that it is expensive. However, Chevy has been doing work to create electric vehicles that the average person can afford while also encompassing futuristic features that are found in luxury vehicles.

Chevy’s Bolt (EUV) electric utility vehicle is an amazingly crafted electric vehicle. With a sleek outer body and a luxurious feel inside and out, it comes in seven different stylish colors.

The Bolt EUV, like all of Chevy’s electric cars, while being luxurious, is still very affordable. This comes as a surprise, seeing how many cool features the car has. I had the opportunity to experience the many features of the Chevy’s EUV Bolt for a week. I can say this car is amazing.

Aside from already being cool because it is an electric vehicle, it runs smooth. The car I usually drive is so loud that I can hear nearly everything under the hood. With the EUV Bolt, I hear absolutely nothing. A pen could drop on the carpet of the car, and I’d hear it.

Not to mention a host great features; the car has 200 horsepower and wireless phone compatibility.  The stand-out feature for me is the EUV Bolt’s super cruise feature. The Super cruise feature is an advanced driver assistance technology that allows drivers to drive hands-free. It is a feature that you would not expect in such an affordable car.

The Super cruise feature uses advanced technology to not only drive the EUV Bolt but do it safely across 200,000 compatible roads in the United States. Super cruise uses Connected Services * and uses real-time precise positioning cameras, sensors, and LiDAR map data to help detect curves, helping to make long drives and commutes comfortable.

Another sub-feature of Super cruise is the Enhanced Automatic Emergency Braking. This feature is a safeguard for when other drivers are not being responsible. The Enhanced Automatic Emergency Braking uses radar to help you avoid or reduce the severity of a front-end collision. The Super cruise also has lane centering. The Lane-Centering Detection features detects curves with real-time cameras, sensors, and GPS.

When Super Cruise detects you are on a compatible road, paying sufficient attention, and all other driving conditions are met, then a white Super Cruise symbol will display on the dashboard.

The Super cruise is an amazing addition to the already great Bolt EUV. If you were not already thinking of purchasing a Bolt EUV, the new Super cruise feature will seal the deal on your purchase.