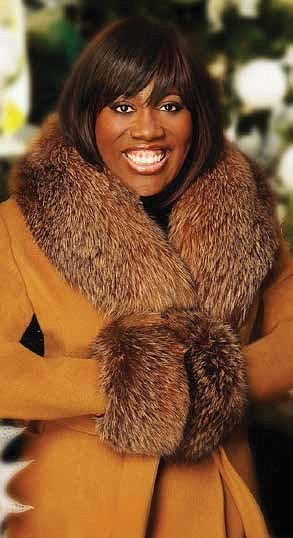 
HOLLYWOOD, Calif. PRNewswire-- SHERYL UNDERWOOD,
Comedian, Actress and Host on the Daytime Emmy award-winning CBS hit television show, THE TALK, has been announced as the Grand Marshal of The 89th Annual Hollywood
Christmas Parade Supporting Marine Toys for Tots. The parade
will be presented live in the streets of Hollywood, CA on Sunday, November 28, 2021 at 6:00 p.m. PST by Associated Television International and The City of Los Angeles.

Sheryl Underwood is a multi-faceted entertainer, businesswoman
and civic champion. She is 23rd International President of
Zeta Phi Beta Sorority, Incorporated (comprised of over 120k women leaders), founder of Pack Rat Foundation for Education; and she is the recipient of the Arch of Triumph Award presented by Johnson C. Smith University, an NAACP Image Award, a People’s Choice Award and is a former member of the Air Force Reserve. She says this regarding her marshalling duties: “I am truly honored to have been chosen as the Grand Marshal
for The 89th Annual Hollywood Christmas Parade Supporting Marine Toys for Tots.” She adds, “The pandemic has made it very tough for everybody for over a year and a half. I can’t wait to get out there on the streets of Hollywood to celebrate with all of you, and to help bring awareness to the important work Marine Toys for Tots does to help those less fortunate during the holiday season. Please, be there! I can’t wait to see you!”