IDA B. WELLS A CHICAGO STORIES Special Premiering Friday, May 21 at 8:00 pm on WTTW 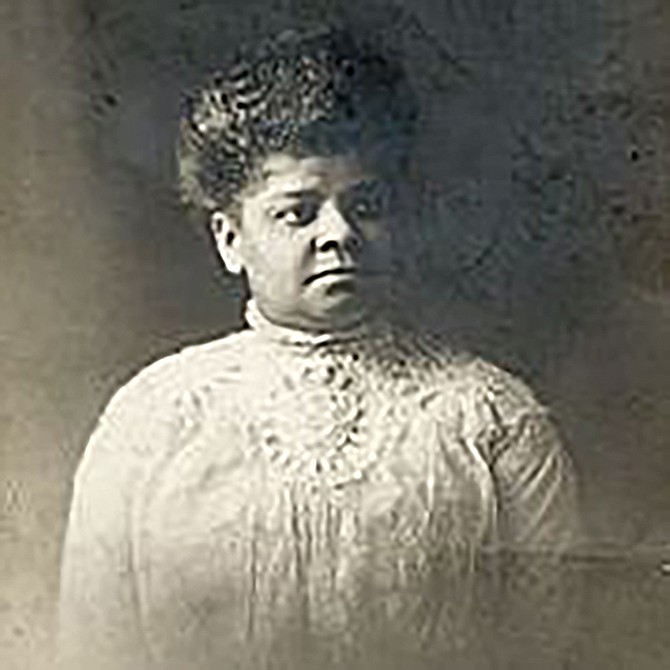 There are few Chicago historical figures whose life and work speak to the current moment more than Ida B. Wells, the 19th century crusading investigative journalist, civil rights leader, and passionate suffragist. In the wake of her recent posthumous Pulitzer Prize citation, Chicago street naming, and the release of a revealing new biography by her great-granddaughter, WTTW brings you a new CHICAGO STORIES special that tells her story as never before.

On Friday, May 21 at 8:00 pm on all WTTW platforms, IDA B. WELLS, a one-hour Chicago Stories special and companion website, paints a deeply humanizing portrait of a woman who was uncompromising in her quest for justice. The program tells her story through interviews with her descendants and Pulitzer Prize-winning journalist Nikole Hannah-Jones, creator of the Ida B. Wells Society for Investigative Reporting and the landmark 1619 Project.

Wells’ epic journey begins at Chicago’s 1893 World’s Fair, as she stands at the entrance to the Haitian Pavilion, distributing pamphlets protesting the exclusion of African Americans from the event. The documentary journeys back in time to explore what brought her to that defining moment, tracing Wells’ improbable rise out of slavery in Mississippi to become a world-renowned investigative journalist. CHICAGO STORIES explores how her reporting turned the tide of public opinion against lynching, how she helped found – and then battled with – the NAACP, and how Wells forced the suffrage movement to include Black women.

We also learn about Wells’ personal life – a woman whose refusal to compromise strained her friendships and earned her many enemies – examining her marriage to Ferdinand Barnett and her friendships with Frederick Douglass, Jane Addams, and others.

Finally, the documentary places Wells’ life and legacy squarely in the context of today’s world, illustrating how the battles that Wells fought in her lifetime are ongoing, and how contemporary activists continue to draw inspiration from her work.

The companion website extends the viewer experience, exploring Wells’ accomplishments and the causes she championed, her investigative reporting, and her life and family. Visitors will find an extended interview with Nikole Hannah-Jones on Wells’ journalistic legacy, a photo essay by Chicago architecture writer/photographer Lee Bey, and a guide to seven Chicago locations where modern-day admirers can follow in Wells’ footsteps.

A virtual behind-the-scenes preview and discussion with the filmmakers and interview subjects including Nikole Hannah-Jones will be held on Thursday, May 20 at 6:00 pm. RSVP is required.

“The painful racial reckoning that Americans experienced over the past year harkens back to the struggles Ida B. Wells faced more than a century ago,” said producer-writer Stacy Robinson. “In this film, we’re looking at the past in a different way...and at how America and race relations have changed or not changed.”
“The CHICAGO STORIES series is a cornerstone of our mission to produce and present trusted, best-in-class content fueled by a distinctly Chicago sensibility,” said WTTW President & CEO Sandra Cordova Micek. “The story of Ida B. Wells -- her life, legacy, and influence as a trailblazing woman -- takes us back to an important moment in Chicago’s history, and provides historical context and understanding of the parallels to the critical issues in our community today.”

CHICAGO STORIES is an original documentary series from WTTW uncovering Chicago’s fascinating history. Each story presents an entertaining and intriguing tale about a person or event that shaped Chicago. The series reflects the rich diversity and breadth of human experience that shaped this great American city.

Stacy Robinson is the writer and producer of IDA B. WELLS: A CHICAGO STORIES SPECIAL. She is a non-fiction producer with more than a decade of experience writing, producing, and supervising documentaries for National Geographic, Discovery, Own, CNBC, and numerous cable networks. She recently received an Emmy nomination for Outstanding Approaches in Documentary for her work as a Co-Director of We Are Witnesses: Chicago in collaboration with The Marshal Project and Kartemquin Films.

Lead support for IDA B. WELLS: A CHICAGO STORIES SPECIAL is provided by The Negaunee Foundation. Additional support is provided by Jim and Kay Mabie; Gwen Cohen, Wealth Advisor at Morgan Stanley; Pangea Properties; The Joseph & Bessie Feinberg Foundation; Strategic Growth and Transformation Partners, LLC; TAWANI Property Management; Elizabeth B. Yntema; and the Scott and Sara Fisher Family (as of 4/30/21).