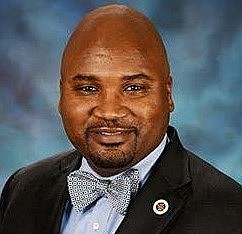 Illinois State Senator Elgie Sims, who represents the 17th District, sponsored the HB 3653, also known as the Safe-T. It was signed into law in February and seeks to reform the criminal justice system in Illinois. Photo provided by Elgie Sims