SEAWAY BANK REOPENS TO THE PUBLIC 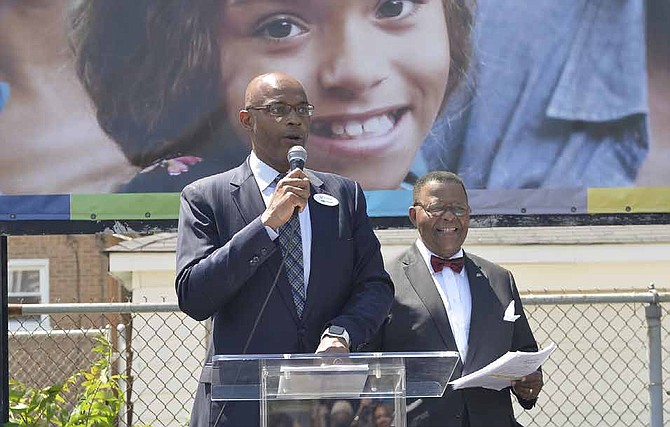 Daryl Newell, president of Seaway Bank, stands at the podium with NBC 5’s Art Norman, who served as the emcee of the event. Photo by John Alexander