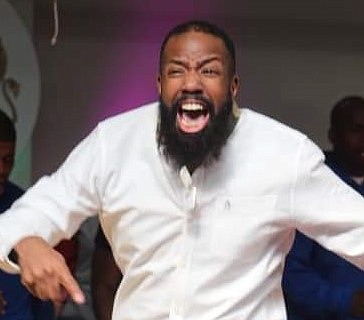 Bishop Larry D. Trotter-Senior Pastor of the Sweet Holy Spirit Church of Chicago- will be joined by 1000 Gospel Music Artists, Musicians, Chicago residents and fans of Gospel Music as Chicago Gospel Music Industry Icon James Lott will be laid to rest, Saturday, June 12, 2021. Lott died on Saturday, June 5th at Trinity Hospital after a battling an illness over the past few months.

“Chicago has lost a true pioneer of Gospel Music here in Chicago. James Lott launched many successful careers of some of the best Gospel Recording Artist in the world. He was an awesome record label executive, director, and producer. But moreover, he was a stellar person with a heart of gold. This is a huge loss within the Gospel Music Industry.” says Bishop Trotter.

But moreover, James Lott performed, directed, worked, and assisted some of the greatest Gospel Recording Artist in the industry. This includes Vashawn Mitchell,

I have known James Lott for over two decades and considered him a friend. His contributions to the Gospel Music community were invaluable. I learned so much from him and will miss him dearly.” says Grammy Award winning Gospel Artist Vashawn Mitchell.

“I’ve worked closely with James Lott for nearly three decades or more. He was the consummate professional who loved God, his Church, and the City of Chicago. I’ve lost a friend and brother to whom I admired as a man and as a brother in Christ.” says Chicago Area Publicist Sean Howard.