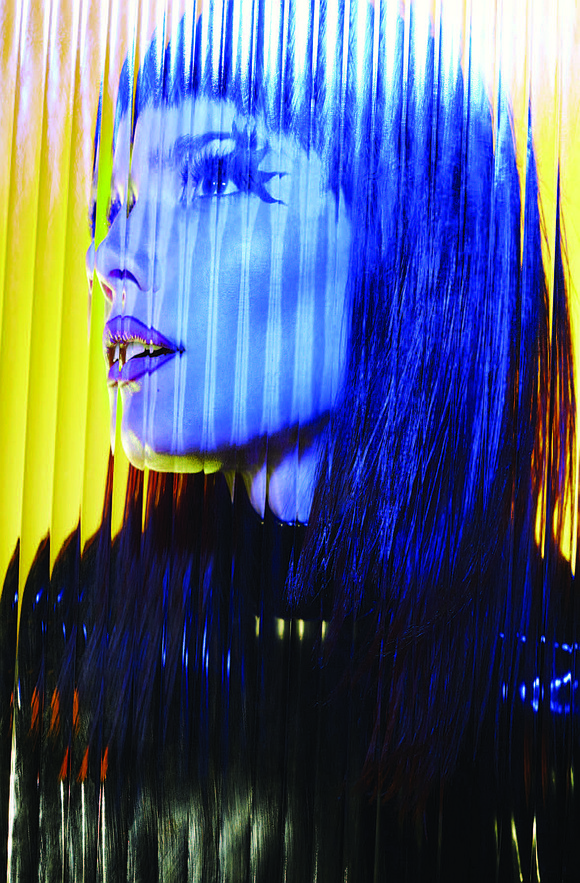 
Created by multimedia, award-winning artist and bestselling author Halsey, about-face is a multidimensional color beauty brand which is set to launch direct-to-consumer via www.aboutface.com on January 25, 2021.
Inspired by music, fashion and art, about-face honors inclusivity, acceptance, experimentation and the democratization of beauty for our multiple identities.
About about-face is described as Make-u(p) without rules, made for the many versions of you. It’s a multidimensional makeup for everyone, everywhere created by Halsey and built on the truth that no one is just one thing and humans are weird, complex and imperfectly beautiful beings.
Halsey, a self-taught makeup artist, has always taken ownership of what makes her feel most beautiful, creating and applying her own looks for performances, editorials and music videos. A true makeup junkie, she has an encyclopedic knowledge of brands, application methods, and best-in-class products from drugstore heroes to luxury leaders.
Perfecting her craft, she was often blending, cocktailing and color-correcting to achieve levels of vibrancy, pigment intensity and shine. From this extensive base knowledge of beauty, she created a brand rooted in performance-driven formulations.
“Makeup is an art and art is about happy accidents, not any one ideal of perfection,” said Halsey, founder and chief creative officer of about-face. “I always feel the most free when I am creating looks without following any rules. The beauty industry has norms, but I want to encourage people to challenge those standards and allow things to be imperfect and fun.”
The about-face launch collection embodies Halsey’s personal style and love of diverse beauty, initially with three distinct franchises - Light Lock, Matte, and Shadowstick. Light Lock, her signature face highlighter range with stratospheric shine, includes Stick, Powder, Fluid and Lip Gloss. The Matte range of velvety smooth, creaseless, high-intensity colors consists of Paint-It Matte Lip Colors, Matte Fix Lip Pencils and Matte Fluid Eye Paint, as well as a Set and Prime Spray with application sponge for face. Shadowsticks are precise, multi-tasking cream eyeshadow crayons that feature soft pearly pastels, as well as a high intensity matte velvet in white, teal blue and black for a range of looks for liner and lids. The launch consists of 10 product categories (inclusive of beauty tools and limited edition cosmetic bags) across a total of 40 skus. All about-face products are formulated to be vegan, clean, and cruelty free. Prices range from $17.00 to $32.00.
about-face will be sold direct-to-consumer in the US, Canada, UK and Europe on www.aboutface.com, as well as via an exclusive year-long partnership with Ipsy, featured in the newly launched and limited edition Glam Bag X on www.ipsy.com. The next about-face drop will be Anti-Valentine’s Day, a limited-edition matte lip range launching in early February 2021.
About Halsey: GRAMMY® Award-nominated multi-platinum singer/songwriter Halsey burst onto the scene in 2015 with her first studio album, Badlands, which has been RIAA certified 2x platinum. Her second release, Hopeless Fountain Kingdom, claimed the #1 spot on the Billboard Top 200 chart upon its debut. Since then, Halsey has continued her success with her 7x Platinum “Without Me,” which made Halsey the first and only female artist to have at least three songs chart on the Billboard Hot 100 for 50 weeks each. Halsey continues to push creative boundaries, expanding her influence and impact beyond music. In 2019, she was awarded the Hal David Starlight Award, presented by the Songwriters Hall of Fame, to honor her songwriting. In 2020, Halsey released her latest album, Manic, to rave reviews. The album has already attained RIAA Platinum status as did the single “Graveyard” from the album. Most recently, it was announced that she will executive produce and star in “The Players Table” alongside Sydney Sweeney and in November of 2020, she debuted her first original poetry book, I Would Leave Me If I Could, which made her a NY Times bestselling author.
For more information please visit www.aboutface.com
@aboutfacebeauty