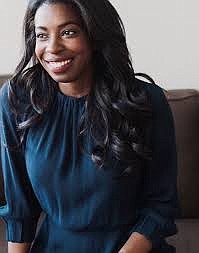 Stephanie Heath is a career development coach who helps former workaholics, empaths and soft-spoken professionals in the tech and tech adjacent space to resign from the positions that drain them. Photo courtesy of Stephanie Heath