Plans to Unveil a Bust of Marcus Garvey in Ethiopia Revealed 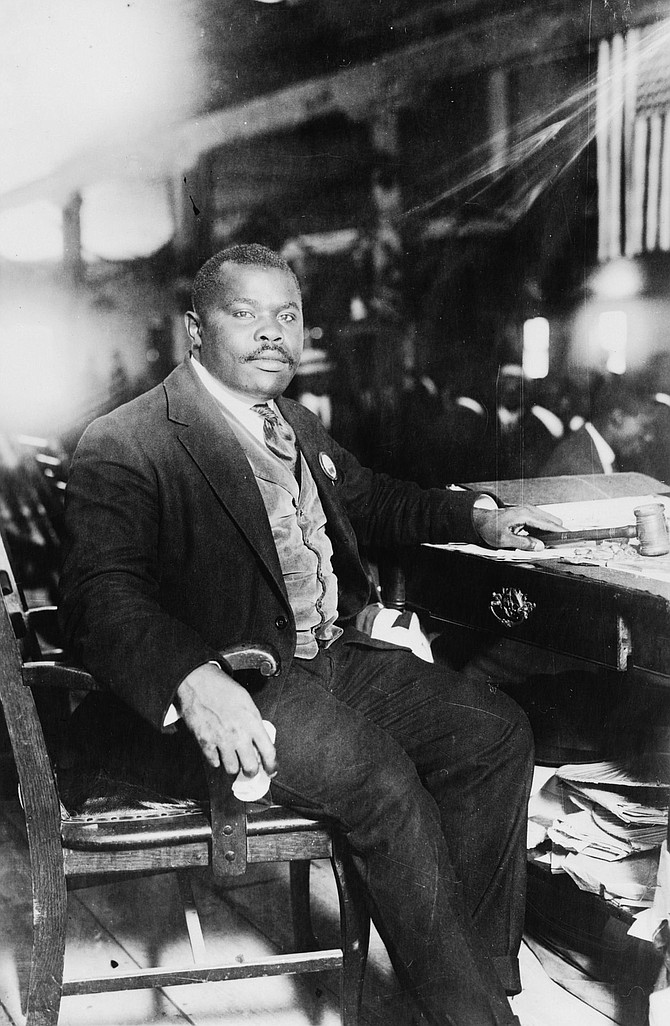 
BY STACY M. BROWN NNPA Newswire Senior National Correspondent @StacyBrownMedia
Dr. Martin Luther King Jr. once called Marcus Garvey the first “man on a mass scale and level to give millions of Negroes a sense of dignity and destiny.”
The founder of the Universal Negro Improvement Association (UNIA), a fraternal order of Black nationalists, Garvey implored Black people to pride themselves in their race and return to Africa.      But, through his many travels, Garvey never traversed African soil.
Now, 81 years after his death, officials in Ethiopia plan to unveil a Bronze Sculpture in Addis Ababa to honor the legacy of the Pan African independence movement architect.
According to a news release, the sculpture highlights Ethiopia as a focal point for Pan-Africanists to engage in constructing a unifying African heritage and destiny.
“Our history began, in a sense, with Ethiopia,” Dr. Julius Garvey, Marcus Garvey’s youngest son, told NNPA Newswire.
“Its history goes back to the beginning of civilization. Ethiopian history is fundamental, and it began before Egyptian history, and that’s important when you consider the true history of [man],” Dr. Garvey remarked.
“But, of course, the history has been distorted in terms of European history, rewritten in the 17th and 18th centuries. We have to know our Black history and understand our history because we’re still making history built on what went on before.”
In commissioning the sculpture, Dr. Garvey joined with the Pan African Technical Association, Strictly Roots, and the renowned Los Angeles artist Mr. Nijel Binns to create the Marcus Garvey Bronze.      Plans are to unveil the sculpture during a public ceremony on Aug. 17.
Dr. Julius Garvey, Ambassador Yaw Davis, the founding director of the Pan African Technical Association, and renowned sculptor MNijel Lloyd Binns, plan to speak at the event that viewers can witness via www.iaafestival.org.
Marcus Garvey earned recognition as Jamaica’s first national hero, and his bust stands in the Hall of Heroes of the Organization of American States in Washington, D.C.
He is considered one of the central pillars of the Pan-Africa movement. Garvey’s Universal Negro Improvement Association and African Communities League boasted more than 6 million members and over 1,000 branches in 42 countries in Africa and the Americas.
“My father was a major proponent of the redemption of Africa, but he was never allowed to go to Africa because of the colonial policies,” Dr. Julius Garvey remarked.
“So, taking a bust of him back to Africa is significant and historical from that perspective as well,” he said.
Dr. Julius Garvey again offered a reminder of the significance of knowing and understanding Black history. He pointed to the New York Times’ acclaimed 1619 series in which it detailed how the transatlantic slave trade began 400 hundred years earlier.
However, the United Nations, the National Newspaper Publishers Association, and others have recognized the 500 years of the transatlantic slave trade.
“You know, they say it was 400 years ago when the first African slaves landed in the United States, but people were brought to the Americas, meaning Central America, the Caribbean, and South America, before that,” Dr. Garvey exclaimed. “So, 400 years is just a convenient date, and it shows how much we need to know our history.”