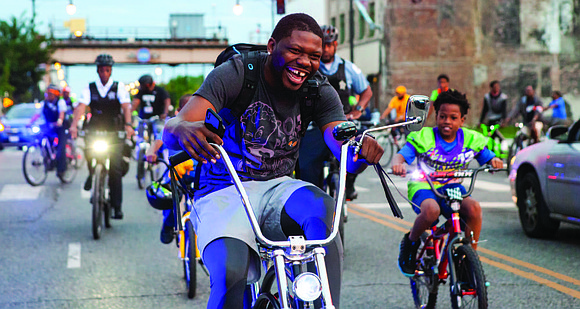 Pha’Tal Perkins is the founder of Think Outside Da Bloc, an organization that seeks to inspire youth, redefi ne success, and encourage entrepreneurship. The Thanksgiving Extravaganza, which was the signature event of Think Outside Da Block, has grown to include hair services for girls, nail techs, in addition to the free haircuts for boys.