Pamela McElvane Has Been Leading Courageous Conversations Inside Corporate America for Decades, But Now Her Diversity and Inclusion Work is in the Spotlight 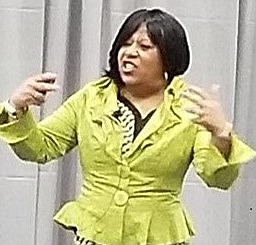 Pamela McElvane Has Been Leading Courageous Conversations Inside Corporate America for Decades, But Now Her Diversity and Inclusion Work is in the Spotlight as Companies Make Commitments to Address Racial Injustices

Before there was President Barack Obama, before National Football League Star Quarterback Colin Kaepernick refused to stand for the national anthem, before there was a Black Lives Matter protest, before CEOs voiced their conscience before their brands, Pamela McElvane was on the frontline of the diversity and inclusion movement advocating to increase the number of people of color working at all levels of corporate America, including securing them seats on the boards of the world’s largest companies.

McElvane, who launched what has now become Diversity MBA, has been fighting the good fight for diversity and inclusion for nearly three decades. Sometimes the engagement is quietly behind the scenes in meetings with CEOs and top executives. But most of her engagement has been on public display at high-level retreats, cutting edge regional summits, symposiums and forums and what has become one of the most prominent and high profiled events for corporations striving for a diverse environment, the annual conference and gala.

Over the years, she has become one of nation’s leading authorities on diversity and inclusion and her influence has galvanized CEOs and many of the world’s top executives to the table to take a critical look at their hiring, promotions, retention and corporate climate as it relates to people of color. Her data, reports and benchmarking analysis have forced their hands to do better and to look forward to showcasing their progress.

Diversity MBAs’ annual awards gala has become the premiere event for companies seeking recognition for exceeding benchmarks and for senior leadership and emerging executives of color who excel in the workplace.

Now, that diversity and Inclusion is in the spotlight following the civil unrest that has occurred in the U.S., McElvane is finally being recognized for her body of work. She is in high demand. Companies want her at the table to help them navigate through this new normal, a place that even the leaders of Fortune 500 corporations are not quite sure where it begins or ends. This awakening and recognition of McElvane comes just in time for Diversity MBAs’ two -day conference, which is also making history, because it will be virtual, and it will attract its largest attendance.

More than 5,000 people have registered for the 14th Annual National Business Leaders Virtual Conference & Awards Gala, entitled “Leading in a Changing World, which takes place on September 17th and 18th, 2020. McElvane says as many of 10,000 executives and business students could register for the event.

McElvane is thrilled with the response and at ease with the attention she is receiving.

“They see us out there, and they see we have been doing the work around benchmarking research and data for a long time,” she said. “We have the data, and because we have the data and the insights, companies are saying okay Pam can you help us.”