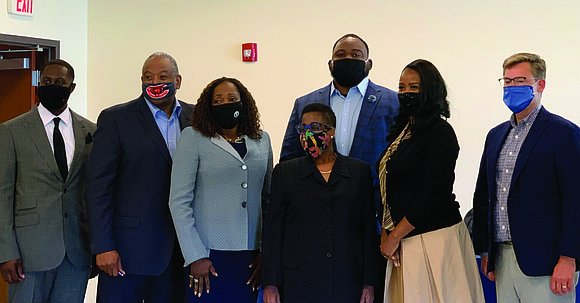 Village of Matteson President Sheila Chalmers-Currin was joined by Rob Miller, a representative of the Choctaw Nation; Alicia Starks, of Inner City Entertainment; and Jay Beck and Robert Pooler, of Precision Golf Dome, for a presentation of the projects for a casino proposal which, if approved by the Illinois Gaming Board, would include an entertainment space, bowling alley and food hall.