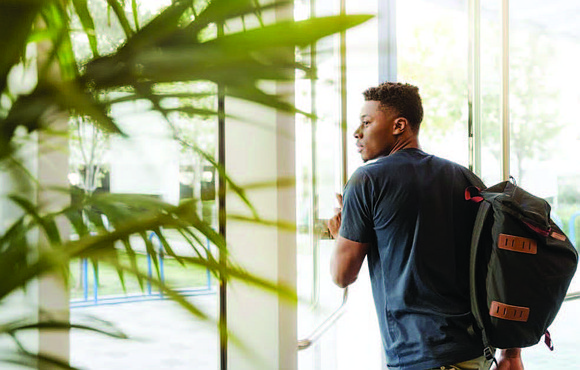 The agreement establishes a partnership that gives Southern Glazer’s access to TMCF’s diverse talent pipeline, connects Southern Glazer’s employees with HBCU students for mentoring and professional development, and provides student leaders with opportunities to pursue future careers with the Company.

In addition to recruiting and on-campus events, Southern Glazer’s will participate in the 20th Annual Thurgood Marshall College Fund Leadership Institute. The Leadership Institute is intended to develop students’ leadership skills and provide companies access to a talented and diverse student population for full-time jobs and internship opportunities.

Nearly 400 students attended the 2019 event from 47 publicly supported HBCUs and PBIs. Student attendees were selected from thousands of candidates and received full scholarships to participate in the week of career development activities as TMCF Scholars.

Southern Glazer’s Chief Human Resources Officer Terry Arnold and its Chief Executive Officer Wayne Chaplin, both serve as executive sponsors of the program. The Company’s strategic supplier, Moet Hennessy, a long-time supporter of TMCF and the charter corporate sponsor of its Hennessy Fellows graduate program, was influential during the building of Southern Glazer’s new partnership.

Commenting on the agreement, Arnold stated, “We are honored to be working with the esteemed Thurgood Marshall College Fund to help attract, recruit and hire top talent for internships and full-time positions with Southern Glazer’s. This agreement highlights our commitment to cultivate a more diverse and highly-skilled employee base to help position us for continued growth well into the future.”

Chaplin added, “Enhancing diversity is critical to our long-term success and also reinforces our values and culture. There are tremendous career opportunities with Southern Glazer’s as we continue to innovate and grow, and we look forward to partnering with the Thurgood Marshall College Fund to help identify future leaders for our company and our industry.”

“Thurgood Marshall College Fund President & CEO, Harry L. Williams said, “This exciting partnership with Southern Glazer’s is another example of the diverse set of amazing global corporate partners that value and want to make long-term investments in the development and success of HBCU students through TMCF. We look forward to this decade long endeavor to create more pipelines into Southern Glazer’s expanding on the success of our partnership with Moet Hennessy.”