Nike Foundation Getting in Shape with Obama Presidential Center 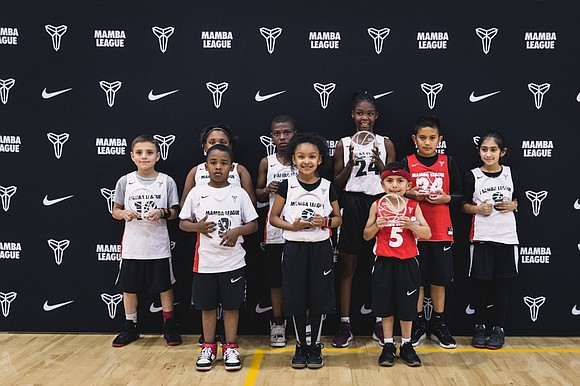 Making sure youth living on Chicago’s South Side have a place to play basketball and other recreational activities, is one reason Nike Foundation officials said it donated $5 million to the Obama Foundation. Photo credit: Courtesy of the Nike Foundation

Nike Foundation Getting in Shape with Obama Presidential Center

The Nike Foundation is collaborating with the Obama Foundation to ensure that once the Obama Presidential Center (OPC) is built it includes useful community space, such as an athletic facility.

“The Obama Presidential Center will be the first presidential center to include an athletic and fitness facility. It will provide opportunities for play and sports to the kids of Chicago’s South Side, and we hope it also inspires visitors from around the world to get active as well,” Jorge Casimiro, president of the Nike Foundation, told the Citizen. “Together, Nike and the Obama Foundation are working together to give youth, both those from Chicago and around the world, opportunities to positively impact their communities through the power of sports.”

In January, the Nike Foundation donated $5 million to the Obama Foundation to support the planning, development and construction of the Athletic Center, according to Casimiro.

The purpose for the donation, added Casimiro, is to “unite the world through sports, to create a healthy planet, active communities, and an equal playing field for all. We collaborate with organizations that bring this commitment to life with us.”

Donating millions of dollars is nothing new for the Nike Inc. as it invested more than $81 million in 2019 “to drive positive impact in communities globally,” said Casimiro. “We partnered with 20 plus local organizations and community programs in Chicago and the state of Illinois. Chicago matters to Nike.”

Since 2007, Nike has maintained retail stores on the South Side, according to Nike officials, and since 2008, it has been a sponsor for the Chicago Marathon. It is also a founding donor of the sports gallery of the Smithsonian’s National Museum of African American History and Culture in Washington, D.C.

Ultimately, the OPC will be built in Jackson Park, even though groundbreaking for the $500 million project has yet to take place. It was originally slated to break ground in 2018 with a 2021 completion date, but those plans were tossed out after a community group filed a lawsuit in an effort to protect parkland. But a federal judge dismissed the suit in 2019 and since then, no date has been set for a groundbreaking or completion.

But regardless of when the OPC will be built, the Nike Foundation plans to support it until completion.

Michael Strautmanis, vice president of civic engagement for the OPC, said the foundation is focused on doing work in collaboration with community leaders and other stakeholders to “bring tangible benefits to the community.”

Among the community commitments pledged by the foundation, is awarding a minimum of 50 percent of construction subcontracts (valued at $300 million to $350 million) to diverse firms; opening a South Side resource center for residents to learn about job opportunities at the Obama Center; establishing apprenticeship training programs in Washington Park, Woodlawn, South Shore and other areas where one does not currently exist; supporting neighborhood stabilization efforts; and supporting policies that would foster development of a strong small-business corridor around the presidential center.