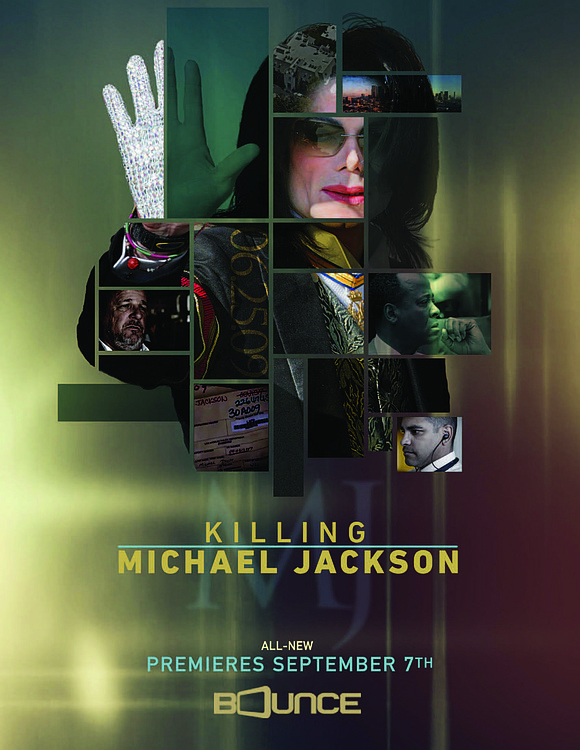 The wide-ranging array of originals includes: Two new comedy series-one produced by Cedric The Entertainer-three new movies, a limited-run true-crime murder mystery, the U.S. premiere of a new documentary special about the death of Michael Jackson, the renewal of the mega-hit drama Saints & Sinners plus a first-ever stand-alone movie based on the franchise, new seasons of popular network sitcoms In The Cut and Family Time, the 29th annual Bounce Trumpet Awards and more.

New Scripted Series - Bounce will debut two new original comedies looking - and laughing - at single life from both the male and female perspective. Both series, debuting in the second quarter of 2021, will include guest appearances and cameos from top names in entertainment, music, sports, and more.

l Johnson - Executive Producer Cedric The Entertainer, iconic comedian D.L. Hughley and a stellar cast of fresh new faces are part of this single-camera dramedy about life-long best friends navigating the world while Black. Produced by Cedric’s A Bird & A Bear Entertainment. Premieres second quarter of 2021.

l Secrets of the Salon comedically chronicles the lives, loves, relationships, and daily web of gossip that finds its way into an Atlanta hair salon. Vivica A. Fox stars along with Reginae Carter and Monique Coleman. Produced by Swirl Films. Premieres third quarter of 2021.

l Killing Michael Jackson - Bounce will present the exclusive United States premiere of Killing Michael Jackson on Mon. Sept. 7 at 8:00 pm (ET). This ground-breaking documentary special, featuring never-before-seen images of that fateful day, is told through the eyes of detectives Orlando Martinez, Dan Myers, and Scott Smith, all three of whom were involved in the investigation that ultimately leads to the arrest and conviction of Jackson’s doctor Conrad Murray.

l Dying To Be Famous: The Ryan Singleton Mystery is an intriguing six-episode, true-crime docuseries - Bounce’s first - following the extraordinary story and mysterious death of Ryan Singleton, a 24-year old aspiring model and film producer, who sets out to pursue fame and fortune in Hollywood with two of his friends. His dreams of stardom turn into a tragic nightmare when he is found dead in California’s Mojave Desert, his body dumped, mutilated and missing all vital organs. World Premieres Sun. Nov.1 at 9:00 pm (ET) with two back-to-back episodes.

l A Chance in the World - The true, inspiring and unbelievable story of Steve Pemberton (Terrell Ransom, Jr.), an orphaned boy who endures the abuse of his foster parents (Kelly Owens, Lawrence-Hilton Jacobs) and siblings. While searching for his biological family, he meets a caring teacher (Tom Sizemore) who will change the course of his life. World Premieres Sat. Sept. 5 at 7:00 pm (ET).

l Will You Merry Me? - This holiday movie is the story of Daniel English, a bighearted, energetic, buoyant pastor who returns to his hometown church to take over for his mentor and falls for a parishioner. When out of the blue she asks him, “Will you marry me?” Pastor Daniel is thrilled-until he realizes she is asking him to officiate her wedding with someone else. Just how far will the Pastor go for true love? World premieres December 2020.

l Faith Heist - When a preacher finds his church in financial ruin after being swindled by a shady businessman, he moves heaven and earth to save his flock. When everything fails, he turns in desperation to an old friend who’s a former convict from the neighborhood who, in turn, recruits an ensemble of assorted misfits to run a scam on the scam artist who robbed the church. This family comedy/action movie World premieres in the second quarter of 2021.

l Saints & Sinners Renewed + Stand-Alone Movie - Bounce has renewed the mega-hit drama series Saints & Sinnersfor an all-new fifth season coming in the spring of 2021. Mayor Ella Johnson (Vanessa Bell Calloway) will be bracing for the ride of her life when a father comes to town seeking revenge for his son’s murder-revealing a long-kept secret that threatens to take the entire town down. Bounce will also produce a first-ever Saints & Sinners movie, with the two-hour stand-alone event airing in the first quarter of 2021. Set against the backdrop of a large southern church, Saints & Sinners centers around the pursuit of power, intertwined with greed, deception, corruption, compromising sexual affairs and murder. The series stars Calloway, Clifton Powell, Tray Chaney, Keith Robinson, J.D. Williams, Donna Biscoe, Jasmine Burke, Dawn Halfkenny and Karon Joseph Riley.

l In The Cut - Bounce’s popular comedy In The Cut is back in the barbershop for an all-new seventh season starting August 26 at 9:00 pm (ET). Series stars Dorien Wilson and Kellita Smith will be joined by TV veterans Mark Curry (Hanging With Mr. Cooper) and Kim Coles (Living Single) in the hilarious cast.

l Family Time - The new season of Family Time, Bounce’s longest-running original series, will bow this October and will see Tony (Omar Gooding, Jr.) and Lisa (Angell Conwell) dealing with all the good and the bad that comes with being empty nesters.

The Bounce Trumpet Awards annually recognize the outstanding accomplishments of African Americans and those who have succeeded against great odds and inspired success in others. The list of prestigious honorees includes John Lewis, Muhammad Ali, Beyoncé, Harry Belafonte, Halle Berry, Stevie Wonder, The African-American Women of the United States Congress, Quincy Jones, Maya Angelou, Martin Lawrence, Janelle Monáe, Ambassador Andrew Young, Spike Lee and many others. This year, the 29th annual event will take a specific focus - The Bounce Trumpet Awards: “Stand Up” which will honor women and men who have stood up against social injustice. Honorees, presenters and musical performers will be announced shortly. Premieres December 2020.