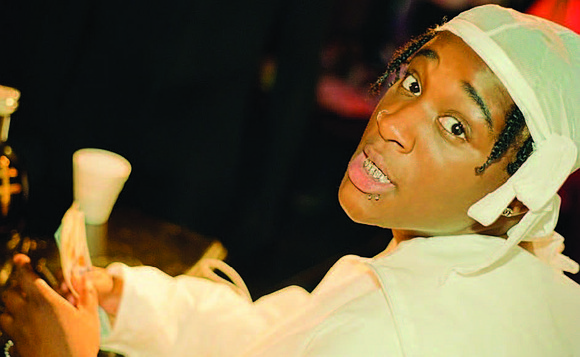 Among her most notable work was pioneering a blend of hip-hop and country by writing Billy Ray Cyrus’s verse on Lil Nas X’s “Old Town Road Remix.” The track spent a record-shattering nineteen weeks at No.1, gained a Grammy nomination for Record of The Year, and won a Grammy for Best Pop Duo/Group Performance.

Sony/ATV Chairman and CEO Jon Platt said, “Jozzy is an incredibly accomplished songwriter with once in a generation talent. We are pleased to welcome her to Sony/ATV, and I am confident we will earn major success as a creative team.”

Jozzy said, “I’m thrilled to be working with Jon Platt and Sony/ATV. There’s no doubt we’ll do great things together. The best is yet to come!”

In addition to her achievements as a songwriter, Jozzy is also now focusing on her career as an artist and recently signed with Columbia records. Her debut track as an artist was the hypnotic “Sucka Free,” featuring Lil Wayne, a longtime collaborator and friend.

Jozzy is currently at work on a forthcoming EP called Soul Therapy: Apartment 215, and released singles including “Let You Down Let You Go” and “I’m Gone” featuring Tommy Genesis. Jozzy has also embraced activism; as an LGBTQ+, woman of color, she has repeatedly spoken out about the issues she faces and her hope for more diverse voices to be recognized in all areas of the music industry.