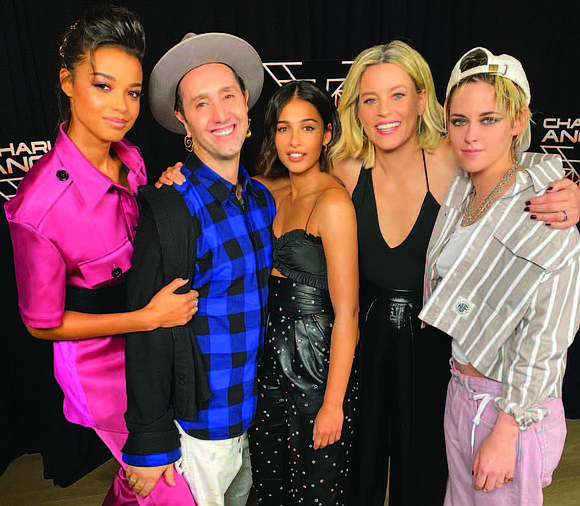 Biotech hair care brand Virtue® has teamed up with “Charlie’s Angels” writer, director, producer, and actress Elizabeth Banks to launch a campaign with purpose to benefit She’s the First, a non-profit organization dedicated to fighting gender inequality through education. The initiative was announced on Instagram recently with an inaugural post by Banks, featuring celebrity hairstylist and Virtue Creative Director, Adir Abergel.

In partnership with Redcarpet ADvocacy (RAD), Virtue and the “Charlie’s Angels” cast will work together to increase awareness and raise money to support She’s the First’s efforts to empower girls globally.

“I wanted to make ‘Charlie’s Angels’ to show women as the powerful human beings we are—so I’m proud to partner with RAD and Virtue hair care to help drive that message home and to educate and empower young girls by supporting She’s the First,” Banks said.

Getting involved is as simple as a selfie. Support the cause by posting and tagging photos of the “Angels” in your life on Instagram using #ShesTheFirst #CharliesAngels #withVIRTUE #radvocacy and visiting shesthefirst.org to make a donation.

Supporters can also use the Instagram donation sticker to give and encourage others to join the movement.

“We’re very excited to partner with Elizabeth and all these talented, powerful women for this important cause,” said Melisse Shaban, founder and CEO of Virtue. “To see a film of this scale written, produced, and starring all women is super encouraging and inspiring. We’re proud to be working with She’s the First to help young girls become the strong, powerful women, the ‘Angels’ of tomorrow.”

“As a hairstylist, I am surrounded by powerful women, and my work is all about helping them feel even more confident,” said Abergel. “I was excited when I heard about this incredible campaign that my friend Elizabeth Banks and RAD put together to make sure girls are educated, respected, and heard. I was humbled to bring my Virtue family in as well because our CEO and founder has always been committed to supporting causes that empower women.”

To reinforce the importance of the cause, Virtue will donate $1 for every order made through www.virtuelabs.com to She’s the First through Giving Tuesday (December 3, 2019).

To give the gift of an education, visit shesthefirst.org.