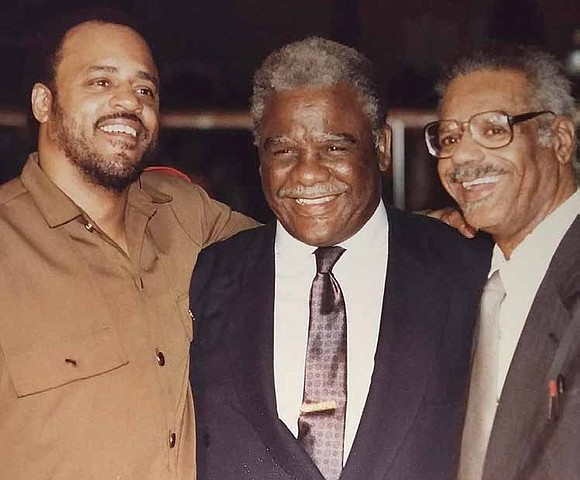 Conrad Worrill is a highly regarded African American writer, educator, and activist from Chicago. Worrill was also a friend of the late Chicago Mayor, Harold Washington who died in office 31 years ago. In honor of the anniversary of Mayor Washington’s death, Worrill took the time to recall some of his memories and spoke on how the political climate has changed from then to now.

“I was supporting the Illinois legislation to make Martin Luther King Jr.’s birthday a holiday in the state which Harold Washington helped initiate. Over time, I got to know him through my activism and involvement in politics and organizing in the black community which led to the role I played in helping to facilitate and mobilize a grassroots campaign that helped in his successful election of both the primary election in February of 1983 and the general election where he officially won and became the first black mayor of Chicago. I worked very closely with Mayor Washington on a number of issues in government after he became the Mayor, just as many others did because he had a broad reach in the black community,” said Worrill.

In a recent Facebook post, Worrill shared an old campaign flyer he found that read, “The Future is in Our Hands. Vote For Harold Washington For Mayor of Chicago.” Worrill said that the future was in the hands of the black community during Washington’s mayoral election and it is once again in the hands of the black community with the upcoming Chicago mayoral election.

“The future in our hands meant that if we came out to vote, we could win the election. It’s just that simple. That’s the future. We had an opportunity to, with our hands, go to the polls and pull the lever,” said Worrill. “As that relates to today, the future is still in our hands but the dynamic of how one is elected has shifted.”

When Harold Washington was elected to be Mayor of Chicago the city held a primary election followed by a general election. Today, the city holds a nonpartisan election that determines the winner to be whichever candidate receives a majority of the votes.

“The challenges are even greater now than they were then if black political empowerment is to once again become a reality by electing someone from the African American community who is qualified to be the mayor of Chicago. I think it is absolutely impossible for that to happen if multiple African Americans are running for the same spot. The future is a little different now,” said Worrill. “In our efforts since Harold Washington’s death, that formula of unity has been lost. The ‘future in our hands’ is now to find a way to bring that kind of political unity back to the spirit of black people.”