First Black Female Astronaut, One Of Many Who Inspire Chicago Youth 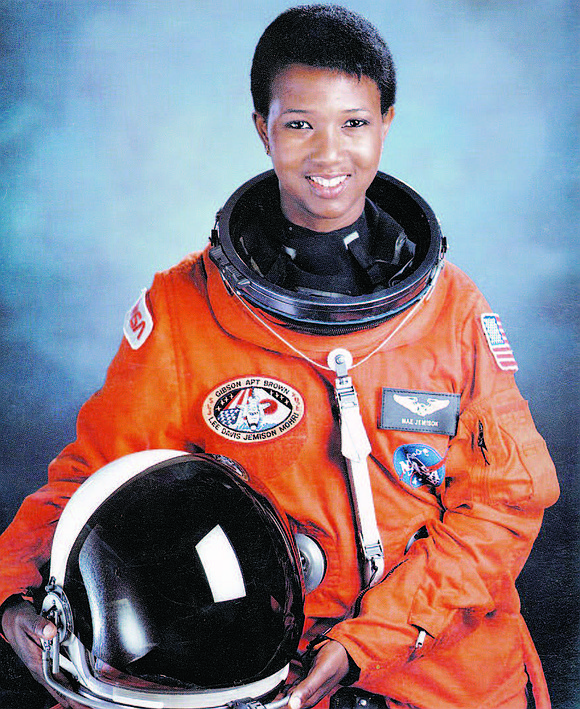 First Black Female Astronaut, One Of Many Who Inspire Chicago Youth

In 1987, Mae Jemison was selected for the NASA astronaut program. Jemison grew up on the South Side of Chicago and had a background in engineering and medical research, she had also just returned from a two-year tour in the Peace Corps where she worked as a Medical Officer in Sierra Leone and Liberia, according to her biography from NASA.

On Sept. 12, 1992, Jemison became the first African American woman in the world to enter outer space. On an eight-day mission on the Endeavor Jemison served as the science mission specialist and logged 190 hours, 30 minutes, and 23 seconds in space, according to NASA

“My favorite memory I have is of the shuttle launching. It shakes and rattles until the solid rocket boosters come out, I remember having this huge grin on my face. About two hours after we got in orbit I looked out the window and no kidding, the first thing I saw from space was Chicago. I thought about that girl who grew up in Chicago who would have been just real cheesed up. The perspective that stuck with me is that I am as much a part of this universe as any speck of stardust,” said Jemison in a documentary created by MAKERS, a feminist media brand.

Jemison is not the only notable women in a space science that inspires girls in Chicago. For fifteen years, The Adler Planetarium has hosted an annual Women in Space Science event to recognize trailblazing women in science, technology, engineering, and math (STEM) and inspiring young women to pursue careers in these disciplines, according to the Adler Planetarium.

“We invite approximately 250 middle school students, primarily from Chicago public schools, to come and spend the afternoon with us. They come to the planetarium and during their two hours here they hear the honoree speak about her job, and her background, and why she chose to pursue a STEM career and why it’s an option for everyone,” said Kelly Borden, Director of Teen Programs at the Adler Planetarium.

It is important to highlight women in STEM careers because it is a field with little female representation. If young girls who enjoy science can’t find any female professionals to look up to, their passions could be lost, according to Borden.

“Something that we hear over and over again is that representation matters and it’s incredibly true. We want our young people at the Adler to see themselves in the STEM professionals that they interact with,” said Borden.

This is something that Jemison provided for the world that had never existed before, a black female astronaut the little girls could look up to.

“If you are a young girl in Chicago interested in a STEM career you are very fortunate because there is a wealth of programs that you can access and opportunities that you could have never dreamed possible,” said Borden.

To view the documentary about Mae Jemison visit www.makers.com.

For information about the upcoming Women in Space Science event visit www.adlerplanetarium.org.