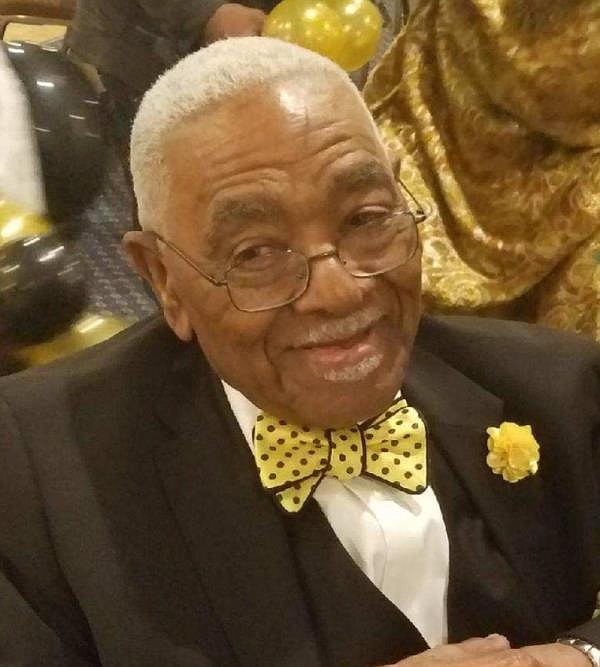 James Bass-Former Pastor of Chicago’s Historic Mount Olive Baptist Church- has passed away at the incredible age of 98 years old. Reverend Bass made his transition at a Chicago area hospice facility on Tuesday, November 27th, 2018. He died of natural causes.

“Pastor Bass was a mentor to all of us who dared to be leaders of congregations. He taught us all that our greatest presence is outside the walls of the church.” says Bishop Larry D. Trotter of the Sweet Holy Spirit Church of Chicago.

During the 1960s it was Reverend James Bass who stood up against the wishes of the white community and allowed Dr. King to speak at Mount Olive. Reverend Bass withstood the many death threats and stood firm in his support of Dr. King. In 1965, Dr. Martin Luther King Jr. was running a civil rights campaign here in Chicago. Rev. Bass and arranged an open meeting at Pulaski and Lexington. Rev. Bass introduced Dr. King to the Westside. Rev. Bass has worked with Bread Baskets as well as Rainbow PUSH Coalition founder, Rev. Jesse Jackson.

“Reverend Bass contributed much to upward mobility of African Americans in Chicago. Without his support of Dr. King, Black Chicago would never have experienced the political empowerment in which we enjoy even on today,” says Bishop Tavis Grant of the Antioch Churches Network International.

Trotter adds, “His relationship with Dr. Martin Luther King was extraordinary and well regarded. He was a catalyst of sorts in getting citywide support for Dr. King during some difficult and turbulent times for African Americans living in Chicago in the 1960s.”

A Veteran of World War 2, Reverend Bass was the oldest son of six children, born to the union of Frank and Hattie B. Bass, in Florence, MS. James (affectionately known as Reverend Bass), his 4 brothers (Harry, J.C., Sylvestor and Charles) and one sister (Mamie), were raised on the Dockery Plantation near Ruleville, MS. All of his siblings preceded him in death.

The Bass family were dedicated members of Mt. Laton Baptist Church in Ruleville, MS., where James officially joined and accepted Christ at the age of 9. Reverend Bass attended the Rules School and graduated from Booker T. Washington High School in 1941.

James was drafted into the army during World War II on December 7, 1941. James served his country well. During World War II, he served two years in the states, then fourteen months overseas, including the South Pacific and New Guinea. James, the preacher, was called and authorized as a chaplain to conduct worship services in the field and camp headquarters. He was honored with a Good Conduct Medal, Battle and Service. He was honorably discharged on June 1945

In 1956 Reverend Bass relocated to Chicago, IL and organized Mt. Olive Baptist Church, where he pastored for 45 years. He retired at age 81.

In 1967 Reverend Bass met the love of his life, Helen Julius. To this union two children were born, a son – Vincent, and daughter – Vikkeda. In 2003 he was blessed with a grandson, Jamie Bass.

Funeral Arrangements for Reverend James Bass are as follow:

Funeral Service @ The House of Hope