Black Girl Magic Mural Project Popping Up Around the South Side 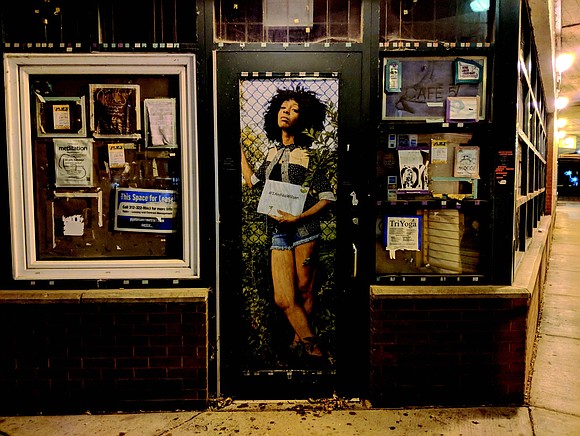 A local muralist is currently creating and displaying a new public mural project called Black Girl Magic. The art project is being displayed a various location around the south side as a way to inspire young girls in the community. Photo Credit: Provided by Chris Devins

Black Girl Magic Mural Project Popping Up Around the South Side

The phrase Black Girl Magic can mean something different to everyone but currently for Chris Devins, a local muralist and urban planner, it is his inspiration and the theme of his most recent public art project on the south side of Chicago. Though the Black Girl Magic art project, Devins is hoping to showcase a different aspect of the African American community, compared to what is portrayed in mainstream media, and to inspire young girls in the community.

The art project started out normal for Devins, who has been the lead artists on several major mural projects across the south side. He began taking photos of black women that he found to be inspiring and creating a larger image out of those photos that will be pasted onto a building somewhere on the south side for the public to view sometimes this year.

“I make my murals out of photos instead of painting them and one of the reasons I do that is because a lot of the painted murals are permanent and some of the photo murals I do are temporary. I do them on paper and then I paste them on the building so they don’t damage the building. It’s a constructive way to add something to the buildings on the south side without tagging them with paint or something permanent like that,” said Devins.

While Devins was planning his Black Girl Magic mural, a young black girl, Nia Wilson, was stabbed to death on a Bay Area Rapid Transit (BART) station platform in Oakland, Calif. and Devins said he was disappointed with the coverage of her death, so he decided to honor her by adding another element to his art project. Devins began taking photos of black women holding signs with #IAmNiaWilson printed on them and using these photos to create several temporary photo murals that are on display now.

“I’m trying to add topics and responses to the conversations of Chicago’s corporate media about how they portray the south side. That’s where the concept of Black Girl Magic came in,” said Devins. “I just thought that it was time to focus on some of the aspects and some of the positive things that have been going on specifically as it relates to African American females.

Devins is planning on having the Black Girl Magic mural completed before winter hits. He is still working on finalizing a location but is confident that he will have no trouble connecting with a property owner on the south side that will want to display the mural.

“I feel like this will give the young black girls something to look up to and some pride,” said Devins. “I also think just seeing themselves on the street displayed like that will make them feel safer as they walk past some of these abandoned buildings.”

To connect with Devins and get involved, follow him on Instagram @chris_devins_ or call him directly at 773-960-3453.