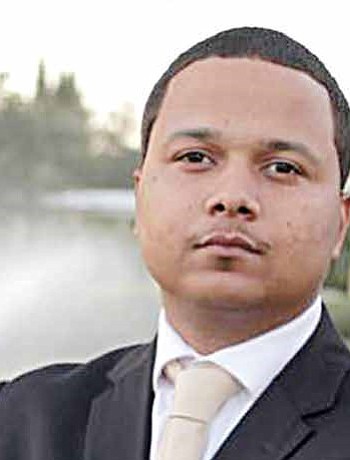 who operates his own cell phone company,

Figgers Communications Inc., one of the nation’s

Figgers, in his attempt to fix it, took that computer apart five

times. On the sixth time, he got it working. He was thrilled -

and has since never looked back.

Now, the 27-year-old is founder and owner of Figgers

calling services. He is one of the youngest African-Americans to

receive an FCC license to operate a mobile company. In addition

to owning his own telecommunications company, Figgers owns

four patents with an additional two others pending.

Most recently, Figgers has developed a custom-designed

Figgers designed and manufactured the Figgers F1 in the

USA for its 4G Voice over LTE Network, trying to capitalize off

the $420 billion mobile phone industry. “I’m using all of my

capital to learn and develop new ideas,” said Figgers who has

self-funded his business from the start. “I’m reinvesting in this

Figgers’ entrepreneurial savvy began as a teenager. At age

13, he started working for the city of Quincy as a computer

technician and network administrator in its NetQuincy

department, setting up the city’s network and helping residents.

age 18, he created a cloud-based hosting network and his own

Eager to launch his own mobile communications company,

network - that transmits voice to and from the USA from

more than 80 countries’ landline and mobile connections. He

achieved another milestone in 2011, when the company received

approval from the FCC to own a spectrum, leading to the

“I’ve had a pretty good life,” said Freddie, who was raised

by his adoptive parents in Quincy, Florida, located just outside

of Tallahassee. “My parents really supported me . . . I am

to stay ahead of the competition.”