It’s the literary legend’s centennial, and the public is invited to read, share and experience her work 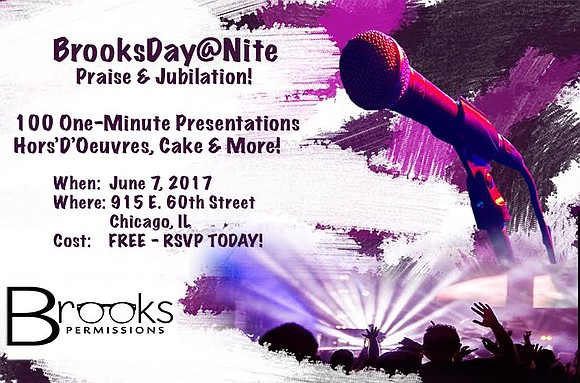 3 WAYS TO CELEBRATE GWENDOLYN BROOKS ON JUNE 7 It’s the literary legend’s centennial, and the public is invited to read, share and experience her work

Chicago, Ill. – June 7 marks the centennial birthday of Gwendolyn Brooks, the first Black person to ever win the Pulitzer Prize® and the Illinois Poet Laureate for more than 30 years. This special date is when writers, poets, historians and musicians will pay her honor – and the public is invited to join in on the fun. “We hope all of Chicago and people across the nation take a few minutes to speak her name, read one of her poems or even write one of their own as she would have loved them to do,” said Nora Brooks Blakely, the only daughter of Gwendolyn Brooks and the president of Brooks Permissions, a licensing agency. To honor a woman often called one of the greatest writers of the 20th century, here are three things to do on Wednesday, June 7: