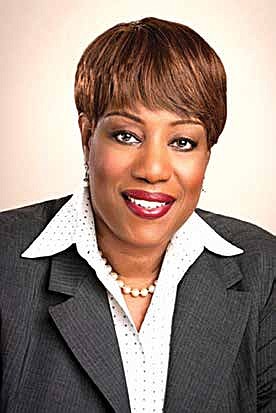 Utilizing vacant, City-owned lots, local developers will build up to 42 houses on the 3900 to 4500 blocks of South Prairie, Calumet

and Indiana avenues within the Grand Boulevard community.

occurring throughout Bronzeville,” Mayor Emanuel said. “We are using an all-of-theabove approach to economic development in

every part of Chicago.This initiative doubles down on the

“Ten years ago, I brought together a coalition of community leaders and African- American businesses and after a thoughtful,

creative and realistic process we developed the Third Ward Parade of Homes,” Ald. Dowell said. “Today’s announcement is the result of long hours of planning and relentless dedication to strengthening our

neighborhoods. I am looking forward to seeing these vacant lots finally turned into much needed homes for families in Bronzeville.”

by the Chicago Department of Planning and Development following a Request for Qualifications (RFQ) process in late 2016.

The City-owned lots for the model homes will be provided to the developers for $1 each. Upon the homes’ completion and sales, additional lots would be sold to the developers for half of their current appraised values. Typically sized at about 3,250 square feet, the properties were acquired by the City through a variety of

In the last year, 31 construction permits were issued for new single family housing in the Grand Boulevard

community. Over the last 20 years, DPD has provided funding to create more Mayor Emanuel and Ald. Dowell recently cut the ribbon on the new Mariano’s grocery store in Bronzeville. The new store adds fresh, healthy food options and creates 400 jobs, including approximately 100 jobs that are held by Chicago Housing Authority residents. Located at 3859 South Dr. Martin Luther King Drive, the new store covers more than 74,000 square feet and brings renewed life to a key intersection that has been vacant for several years. It also features products from approximately 50 local suppliers.

In addition to the recently-completed bridge at 35th street, the Chicago Department of Transportation (CDOT) has four other South Lake Shore Drive bridge projects on the way, including a new

finalizing designs for the replacement of two vehicular bridges over the railroad tracks at 31st Street and 39th Street. The proposed land sales were proposed to the Community Development Commission