WHY DO BLACK BUSINESSES STRUGGLE TO GROW? 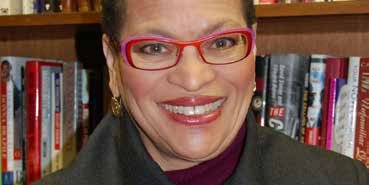 Julianne Malveaux says that the biggest challenge that Black entrepreneurs face is access to capital, or the difficulties experienced in attempting to get a bank loan.

WHY DO BLACK BUSINESSES STRUGGLE TO GROW?

It is possible that the growth in minority and women owned firms could provide opportunities for women and people of color outside the traditional labor market, outside traditional corporate work. Maybe. But the ugly underside of the growth data is the fact that only 11 percent of minority-owned firms have employees. In other words, most of these firms are one-person businesses, providing consulting and other services from just one individual. Only 4 percent of African-American-owned firms – just 109,137 of the total 2.6 million businesses — have employees.

The biggest challenge that Black entrepreneurs face is access to capital, or the difficulties experienced in attempting to get a bank loan. Some of the reasons have to do with lack of collateral, or with the fact that African Americans experience a wealth gap so large that few can jump through the fiscal hoops that many banks require. It is in the national interest to promote minority entrepreneurship and particularly Black entrepreneurship. Even Republican President Richard Nixon “got it” when he authorized the establishment of the Minority Business Development Agency (MBDA) and used the term “economic justice” to talk about the barriers to entrepreneurship that African Americans had experienced. Though the agency, established in 1968, has been in existence for nearly 50 years, many African Americans find entry barriers as daunting as they were when the agency was established. Why? Many, thinking that we live in a “post-racial” era have reverted to old patterns of giving opportunities and contracts to their friends, instead of tapping a diverse pool of businesses that can deliver. Others say they can’t deal with those tiny companies that have no employees and just one principal scrambling to do all the work. Small minority businesses do themselves no favors, when they can’t manage the scope and scale of work that some larger employers require.

For all the barriers and challenges of scale, minority businesses are important, because they are more likely to hire minority workers, those affected by the persistent unemployment rate gap. Minority businesses, when they have employees, are also more likely to hire and advance women in executive positions. Entrepreneurship matters because it expands the realm of possibility for people of color, allows people to participate fully in the economic realm, and provides people with the opportunity to earn profits and to share those profits with family and community.

In order to fully encourage minority business, Fortune 500 companies must commit to supplier diversity and set numerical procurement goals. Federal, state and local governments must also ensure that there is full minority participation in the contracts they award.

Minority entrepreneurship matters. It matters most when it is both profitable and community transforming.

Julianne Malveaux is an author and economist. Her latest book “Are We Better Off? Race, Obama and Public Policy.” is available via http://www. amazon.com. For booking and wholesale inquires visit www.juliannemalveaux.com