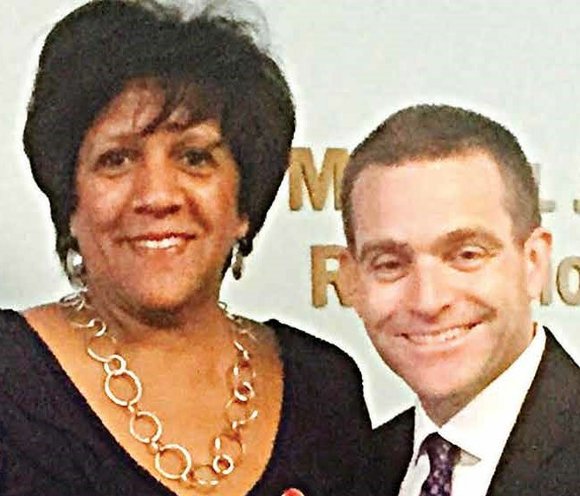 (from L - R, Shari Runner, CUL President and CEO, Lonnie Nasatir, Regional Director of the ADL are partnering to host a screening of Rosenwald which chronicles a unique history of African American and Jewish community partnerships. Photo Courtesy of the Chicago Urban League

The Anti-Defamation League and the Chicago Urban League joined together recently and hosted a special community fundraiser screening of the 2015 documentary film entitled, “Rosenwald: The Remarkable Story of a Jewish Partnership with the African American Communities.” Proceeds from the screening will be used to support both organization’s efforts in continuing to provide programs that help further each organization’s mission. Tickets to the screening were $75 each.

The film is about Julius Rosenwald, the President of Sears who donated millions of dollars towards assisting in the education of black children.

“The film really provides an amazing jumping off point for both our communities to say look what we can do together and the impact we can have on lives,” said Lonnie Nasatir, Regional Director of the Anti-Defamation League. Shari Runner, President and CEO of the Chicago Urban League cites the long history of the ADL and the CUL working together.

“In the state our community is in right now, it’s wonderful that we can show people through this film, how a partnership works,” she said. Rosenwald believed in the Jewish ideals of tzedakah (charity) and tikkun olam (repairing the world) and was said to have been influenced by the writings of educator Booker T. Washington whom he later worked with to build over 5,000 schools for blacks.

The relationship between African Americans and Jews during the civil rights era was one of support and solidarity. More than half of the attorneys to represent protesters and members of the Urban League and the NAACP were Jewish, as were most of the whites who participated in the marches and protests in the Jim Crow South. In his lifetime, Rosenwald gave away $62 million.