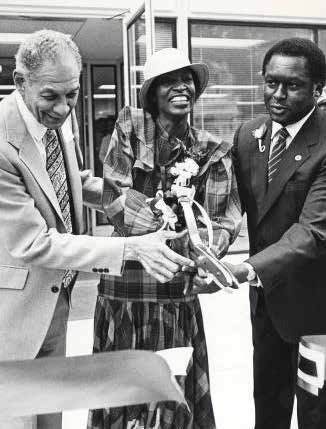 The Chicago Urban League recently began a year-long commemoration of its 100th anniversary. To honor the milestone, the organization is kicking the Centennial year off with a free community cookout in Washington Park on July 23rd from Noon-3:00 p.m., and a call for individuals to collectively pledge 100,000 volunteer hours across the community throughout the year.

Reflecting back a century ago, it is manifestly clear that the work of the Chicago Urban League has played a profoundly significant role in the evolution of the city’s landscape. The League was one of the first affiliates of the National Urban League organized in the United States to address the needs of African Americans migrating from the rural South to the northern cities in unprecedented numbers at the height of the Great Migration. Holding their first organizing meeting at the Wabash Avenue Y.M.C.A. in 1916, an interracial group of community, civic, and business notables set out with one main mission in mind – to create an organization to bring about social and economic justice to Chicago’s African American population.

The organization’s history can be seen as a consistent leader in confronting issues of discrimination and racism from redlining and school segregation to inequitable transit infrastructures and the suburbanization of employment.

As one of the largest affiliates in the nation, the Chicago organization remains a leader in the Urban League movement, committed to the fundamental principles upon which it was founded. However, today, African Americans in Chicago and around the country find themselves in conditions that continue to worsen in every leading socioeconomic indicator such as employment, educational outcomes and crime.

“In the 50 years since the Civil Rights Act was enacted, African Americans still struggle with the same core issues: employment, education, housing, income stability,” said Chicago Urban League president and CEO Shari Runner. “The League has consistently demonstrated that we are a movement that incites change and is committed to working with community members and partners across the city to address the root causes of inequality, apply best practices and improve the future for our youth, our communities and the entire city of Chicago.”

Next month, the League will unveil a comprehensive 10-year plan designed to improve the most underserved communities, as identified in the organization’s research study, The Impact of Chicago’s Racial Residential Segregation on Residence, Housing and Transportation. The plan is built on three principles: 1) education as the foundation for future success; 2) employment as the foundation for poverty reduction and financial security; and 3) asset building as the foundation for sustainable wealth creation. Importantly, the League is also tackling gun trafficking and gun violence, symptoms of inequality that increasingly impacts the health and well-being of our communities.

“The Chicago Urban League has survived and thrived for 100 years by remaining true to our core values and mission,” continued Runner. “This has allowed us to make substantial impact, and as we step into the League’s second century of service, we are taking an intentional, focused and outcome driven approach to enacting transformational change.

We are going to make sure that the work we do is not in vain. We are no longer solely treating the symptoms of our community’s suffering at the hands of racism, but committed to dismantling its root causes.”

The Chicago Urban League will use its Centennial to engage with clients, community members, business leaders and academia. Highlights include: Centennial Kickoff Cookout Party in the Park Saturday, July 23 from Noon-3:00 p.m. at Washington Park, offering free hotdogs, hamburgers and door-prizes while they last. KidsZone activities, Seniors Lounge, music, and more! RSVP by sending an email to culconnect@thechicagourbanleague.org by Wednesday, July 20that 5 p.m. CT Thought Leadership Breakfast Wednesday, August 24 from 7:30-9:00 a.m. Sponsored by U.S. Bank, the inviteonly event will provide a well-rounded and thought-provoking conversation about the complex socioeconomic issues detailed in the League’s research report, The Impact of Racial Residential Segregation on Residence, Housing and Transportation.

Saturday, November 19, 2016, nearly 1,700 of the region’s most notable corporate, civic and elected leaders will gather at the beautiful Hilton Chicago for the Chicago Urban League’s Golden Fellowship Dinner

· For a complete list of events and more information on the Chicago Urban League’s Centennial, visit www.cul100.org

· Participate in the social conversation by including #CUL100 in a tweet